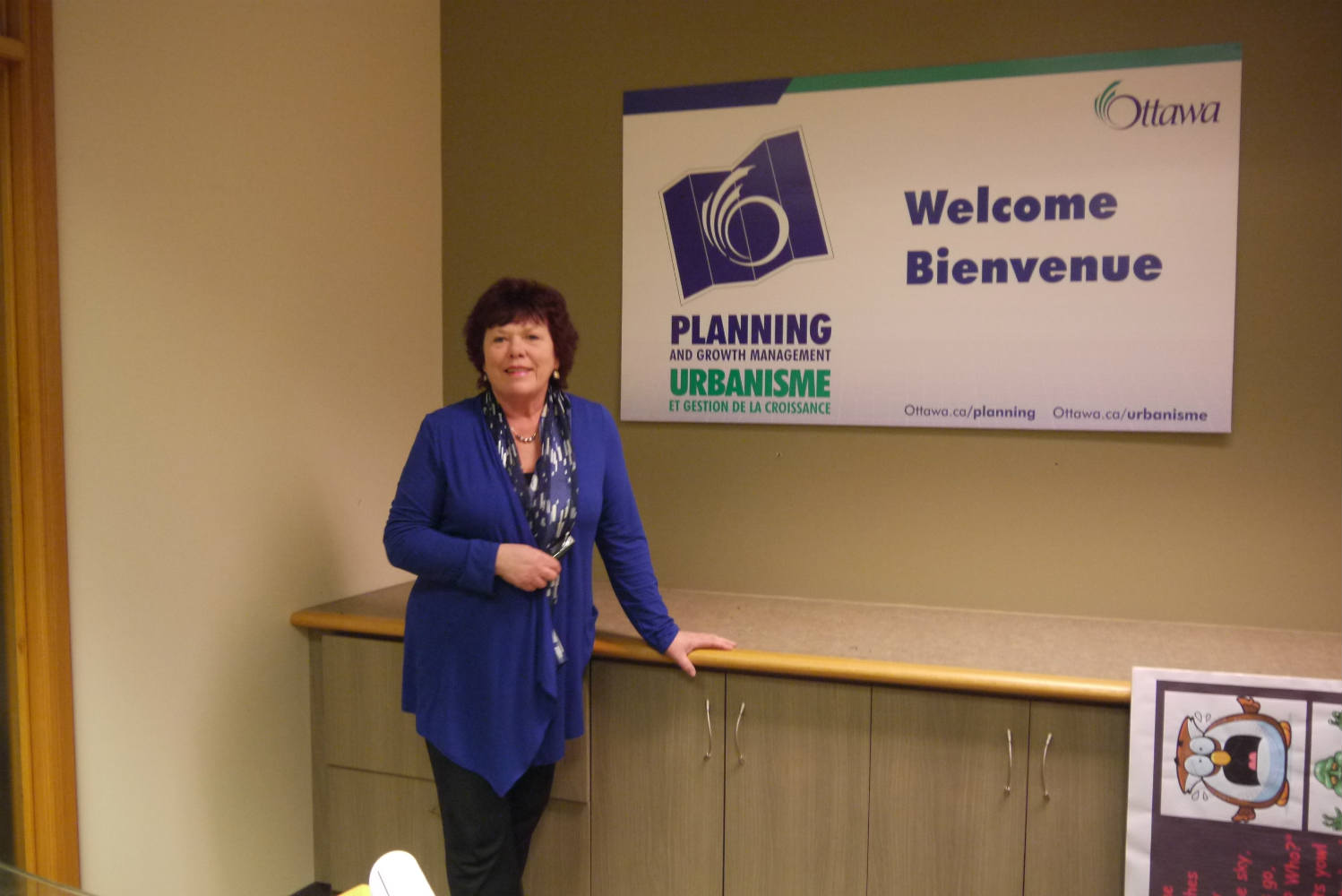 Ottawa’s new planning committee chair Jan Harder has opened an era of better communication and collaboration with the home building and development community.

“I’m taking a different perspective on things,” she says. “I am very much a collaborator, negotiator type of person. I’ve been in the customer service business since I was nine years old, making cookies for construction workers in Pembroke. On this job, I’m still in the customer service business, not just for people who vote for me but for every taxpayer in this city.”

“I’ve always thought of developers as partners in building Ottawa.”

This news is refreshing to leaders of the Greater Ottawa Home Builders Association (GOHBA) including executive director John Herbert, president Pierre Dufresne, and Josh Kardish, chair of the association’s builder-developer council, who met with Harder and John Moser, general manager of planning and growth management, at city hall about a week before Harder’s first meeting in January as planning committee chair.

“We had an excellent discussion about the challenges she faces and the objectives she has set for the next four years as chairman of the planning committee, and has our full support,” Herbert said.  “We will not necessarily be able to agree on every issue, but recognize that the key to building a better Ottawa on behalf all residents is by maintaining regular and open communications.”

Harder’s suburban background – she represents the Barrhaven ward – means she understands the issues and challenges of intensification and zoning rules relevant to tract home builders. However, in an interview, she said she also appreciates interests of inner city neighborhoods and rural areas, and the different constituencies – including community associations and planning department officials – who seek a place in the planning decision-making process.

She indicates she will carry forward with decisions made earlier about community design plans and the city’s official plan – including intensification – and “we’re moving ahead with the Building Better and Smarter Suburbs project to look at how we can improve suburban design involving all City departments, utilities and school boards.”

Through the intensification process, “we’re achieving great densities but the product we are building is not necessarily the most livable place” in the suburbs, she said. “We are far down the road in this, yet not where we need to be yet.”

She said she looks forward to the development industry participating in working groups with the city to make improvements.

Harder says she would like to ensure a “fair development review process.”

“We want to be clear, fair and firm with the developers who are building this city,” she said in notes prepared for a speech to her first development committee meeting.

“The development-review process needs to be timely,” she said. “The city needs to be clear and consistent about its requirements. And developers need to respect city plans.”

“We won’t seize the opportunity of this city if we are adversaries,” Harder said. “We need an environment of trust and respect. So let’s work together.”

Harder also says she will continue to advocate for greater development certainty.

“A large block of implementing zoning has been prepared for key development areas in Ottawa,” she said. “This zoning package implements the rules that were set out in the new Official Plan, approved by council in 2013.

“The new zoning package, if approved by council next month, would mean less red tape, shorter timelines and reduced costs for businesses and residents – who will be able to build without applying for a zoning change.  Further implementing zoning will be before the committee this year and next.”

Harder says she wants to help cut the red tape for development initiatives.  “At the end of the four years, my goal is to have the construction and development community think that Ottawa is a great place to build in – when they have their papers together, when they have things organized, we’re going to move the applications through” and not hold things up.

“What really hasn’t changed sufficiently or completely is the culture within the planning and growth management department,” she said in the interview.  “We need to understand we are in the customer service business.”  Harder says “we are fortunate in that (planning department head) John Moser and senior management ‘get it’ (but) we have to make sure the customer service culture is all the way through the department.” The department has about 450 employees.

She says in the past the department sometimes has lacked a sense of urgency – and that has resulted in slower-than-necessary review and approvals for projects and innovations.

“Like most other Canadian cities, and indeed cities around the world, planning is the single most contentious area of consultation and information-sharing,” Harder said. “Planning can be change. Planning can mean disruption in our lives. But planning can also been preservation,  and planning can mean better neighborhoods.

“For too long, planning has been seen as a negative in this building (City Hall) and in our community,” Harder said.  “Partly due to uncertainty in the rules of the game, and partly due to poor communications.” She says conditions have been improving in the past term, and she expects them to continue to get better.

“We opened the doors to the Urban Design Review Panel,” she said.  “We are undertaking a pilot project in Capital ward with respect to pre-application consultation.  We have updated our report templates to Committee for readability.  We reviewed many of our touch-points with the public with the goal of ensuring that everything is in plain language and fully accessible.

Harder said she is “not big on processes and procedures.”

“I like to take an idea and sense if it is a good idea or bad idea.  I have very good spidey sense on these things, and am good at bringing people and ideas together.”

Harder says she will “cut through some of the red tape that doesn’t need to be there, to keep the city growing in a smart, predictable way, using all the work we’ve done to date.”

There will be exciting times and challenges ahead, she said, as she looked out of her window towards the Rink of Dreams outside of City Hall. There’ll be many hours of work, and many meetings, and many consultations as she works through her term of office.

“Many of you who know me know that I am an honest broker and like to get the job fast but through partnerships,” she said. “I look forward to four years of implementation with you – changing the channel on how we talk about planning in Ottawa – and ultimately on building this beautiful capital.”