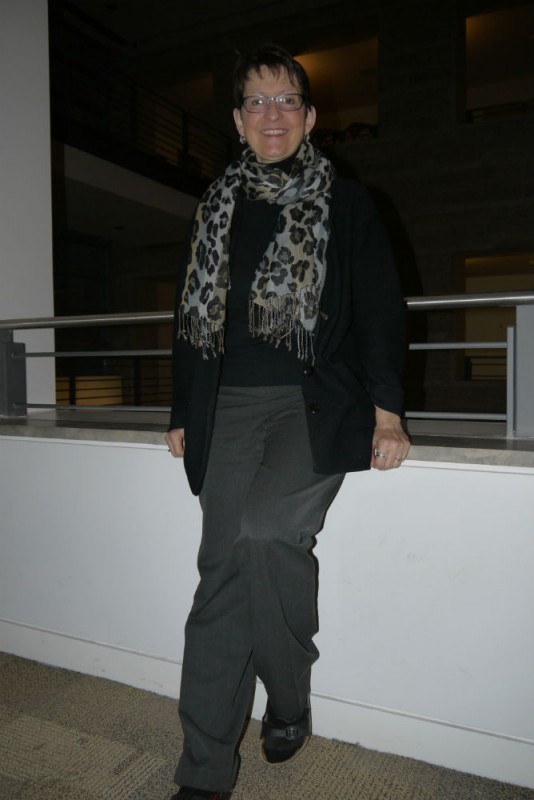 Arlene Gregoire, Ottawa’s director of building code services and chief building official, has achieved something exceptional in her 30 years with the city – she’s built a reputation for fairness, while achieving respect from both the people she regulates (the building industry) and her City Hall colleagues.

She retires at the end of January.

Gregoire says she’s experienced many challenges and opportunities since taking office as the city’s chief building official shortly after amalgamation in 2001, and she sees some contentious issues going forward – especially the push-and-pull dynamic between building product and technology developers wishing to introduce new materials and concepts and the city’s ongoing “joint and several” liability, if officials approve these initiatives without extensive research and due diligence.

These legal phrases are appropriate for Gregoire, as she is the only chief building official in Ontario with a law degree.

“Being a city official is a good match for me, as I’m responsible for a branch that regulates,” she said.

She graduated from the University of Ottawa and joined the old (pre-amalgamation) City of Ottawa in 1984 as the assistant manager of licensing, markets and parking. She then held a number of positions in the enforcement of municipal by-laws, public works and planning before 2000 before landing the job of manager of property standards at amalgamation.  She has worked in the department she now leads since then.

Her branch has more than 190 full-time equivalent employees. Many of them have graduated from the internship program she developed, allowing young college students to obtain the skills and experience needed for the specialized building official responsibilities.

Gregoire received the Yaman Uzumeri Award from the Ontario Building Officials Association (OBOA) in 2010 for the internship system, which Gregoire says solves a challenge for Ottawa – the specialized skills for building officials are not easily learned or transferred, and there aren’t enough municipalities nearby to allow for career mobility.

“We are guaranteeing we will have recruits for permanent positions that will meet the standards – and (while the permanent positions need to be open for competition), we don’t require them to go through extensive interviews and testings, as we already know their performance.”

So far, 30 interns have graduated to permanent careers, providing a degree of stability and service reliability for the industry.

Gregoire says she has experienced her fair share of controversies, either because of differing interpretations, political conflicts, or (in rare situations) because owners or contractors don’t want to play by the rules.

Her most memorable crisis occurred shortly after took office in 2001.  She received a building permit application to renovate a Sarsfield barn to set up a large-scale pig farming business.

The project met the building code requirements, and so, as chief building official, she signed it off – only to step deep into the muck of a controversy as neighbours and municipal politicians objected, concerned about air quality, groundwater contamination, and other unpleasant aspects.

It was one of her first challenges in dealing with a rural project in the newly expanded city – but she held her ground.

Politicians objected, and in the end, sought a judicial review of her decision under Section 25 of the Building Code Act. When the court papers were filed, she received calls from reporters wondering how her employer (the city) could “sue” her for her official duties.  She made it clear to the writers that the judicial review isn’t really a lawsuit, but nevertheless, wondered if she would soon receive a pink slip for her decision.

“The case went to court,” she said.  “The judge ruled that indeed I had the authority and validly issued the building permit, but did not fully agree with the zoning interpretation” and restricted the operation of the farm to lower number of pigs and piglets.  The project went ahead as modified by the court decision.

“It is a state-of-the operation, using science to ensure everything is sanitized,” she said.  Since it went into business, Gregoire says she has not received any complaints.

Other issues touch on heritage renovation challenges, where owners and contractors have disputes about whether they should be required to maintain or tear down heritage buildings. These issues can become thorny and complex legal challenges – but Gregoire says here, her legal knowledge and background has been helpful in keeping the city out of trouble and the projects in compliance, in some cases setting new legal precedents, such as on how to co-ordinate the potential conflicts between heritage requirements and safety. (This can be handled with building frames and shoring techniques, allowing the facade to remain intact while the owner obtains heritage approvals from city council)

Gregoire acknowledges her success in part relates to the fact that nothing really bad has happened during her term of office – there have been no Elliot Lake-type disasters in Ottawa.

However the problems elsewhere will impact the responsibilities of her successor, she says. For example, the commission of inquiry into the Elliot Lake disaster, where two women died when a shopping mall roof parking lot caved in, recommended that certain projects be required to be regulated for their maintenance standards by the chief building official.

Traditionally, building officials only enter the picture when new construction or renovations are planned. If the proposed changes are implemented, building officials will be “involved cradle to grave” and there will be a need for “more resources, engineers and inspectors” to stay on top of potential problems.

The other issue that will create future challenges relates to introducing new building materials and technologies.

“There is a major change, in the evolution of construction materials, construction designs, that continues to get more and more technical,” she said.  “If we approve the incorporation of innovative products, we are taking risks. If something goes wrong the city’s liability exposure is substantial.”

The liability risk, she says, explains why the city requires building permit applicants wishing to introduce new technologies and materials to prove their case with thorough research – which must be paid for by the building-permit requester. This process adds costs and time to the process, and could be seen as putting a barrier to innovation, especially for good ideas from Europe and the U.S., but Gregoire says in many cases the new products (especially from the U.S.) have not been tested for Ottawa’s climate and environment, including seismic considerations.

Unfortunately, the “joint and several liability” regime in Ontario means that if there are problems, the city’s deep pockets can be mined in litigation – putting unnecessarily high risks on the city and its coffers.

In fact, she observes: “We are not a tax burden but fully funded by building permit fees so it is the industry that ends up picking the tab by paying higher permit fees if court awards are too costly.  The impacts are in overall costs and credibility/reputation.”

Gregoire says she will leave these challenges to her successor.  Frank Bidin, manager of permit approvals, will have the responsibilities on an acting basis.  As well, Matt Graham, manager of building inspections, has authorization to act as chief building official.

As for her future, she says it “it is going to be difficult” in replacing her high-energy workload at the city with other post-retirement activities. Her time as chief building official with her department is like “14 years with one family,” but she of course has her own family, a husband and two adult sons.

When she retires, she’ll spend six months with a woman friend hiking the Appalachian Trail, from Georgia through to Maine, traveling 12 to 30 kilometers a day, camping and climbing and taking “town breaks” once every 10 days or so (with occasional visits from their husbands to re-connect with family and to provide for change of gear.)

She believes this challenging journey will allow her to separate from her work and decide where she wants to go next – with more travel and reading on her list.