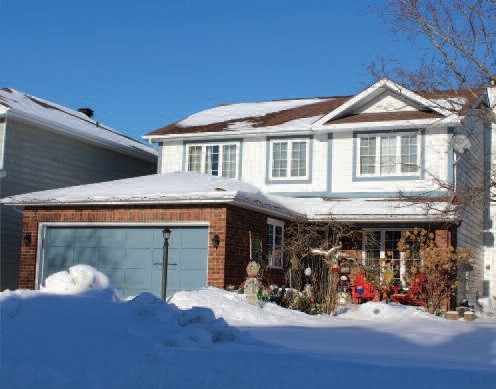 The Ottawa Hospital has filed a lawsuit alleging a multiyear fraud, embezzlement and kickback scheme overseen by two senior hospital employees responsible for overseeing millions of dollars in construction projects.

In an early January news release that set off a media firestorm, the hospital said: “Last summer, through our internal control procedures, we identified grounds for concern arising from some of the activities in our planning and facilities department. We launched an investigation. Today, based on the findings from this investigation, we initiated a civil lawsuit and are reporting it to the police. As the matter is now before the court, we have no further comment at this time.

“As a critical and respected public institution in our community, we know The Ottawa Hospital is held to a higher standard in how it conducts business and manages issues that arise. We are confident that we have the appropriate internal controls in place to guide the actions and behaviours of our staff and the organization as a whole. We do not condone or tolerate activities contrary to our values,” the hospital’s statement said.

The alleged conspiracy included bid rigging and manipulation, as well as inflated prices paid to contractors for goods and services in exchange for kickbacks that occurred over years. The alleged payments included work on the homes and cottages of Marshall and Medwenitsch, jobs for Medwenitsch’s children, and luxury trips, including one to a British Columbia fishing resort ending with a trip to California wine country in 2015.

The claim also alleges Marshall was coerced into approving improper invoices for half a million dollars of work that “nobody ever recalls happening.” The hospital alleges Medwenitsch conspired with Gerald Dubé, principal of 1436937 Ontario Inc. (operating as DRS Construction) and Roch St-Louis, director of Pro Management Construction and Ottawa Diamond Construction, to “essentially extort” Marshall, beginning in 2014.

The statement of claim describes emails in which Medwenitsch taunts Marshall about more than $100,000 worth of work on his home, as well as “more skeletons,” in order to get him to sign off on “unsupported and improper” invoices dating back to 2010.

“From 2009 to 2010, G.A.L. Power employed Medwenitsch’s other daughter, Stephanie Medwenitsch, as a ‘client appreciation representative’,” the statement of claim says.

The statement of claim says Medwenitsch resigned in October after he was confronted with some of the allegations. Medwenitsch worked for The Ottawa Hospital for 25 years. He admitted to some of the allegations in a September meeting with hospital officials, the statement of claim asserts. In a statement, The Ottawa Hospital Foundation president Tim Kluke said:

“I wanted to take a moment to address the recent news involving The Ottawa Hospital currently making headlines in the media.”

“In addition, I wish to confirm that donor support has not been impacted. Your donations have, and will continue to provide The Ottawa Hospital with tools and equipment needed to offer world-class care and research for patients.”

The president and CEO of The Ottawa Hospital has also published a statement on the issue.

“Through our internal monitoring process, we identified irregularities in the planning and facilities department for contracts that cover day to day repairs and minor renovations,” Dr. Jack Kitts wrote. “These smaller projects are funded through the hospital’s operating budget and not through funds solicited by the (hospital) foundation.”

“Once we identified the irregularities, we took immediate steps which included:

• Initiating a review of the prequalification list of vendors and related processes.

• Initiating a best practices review to ensure the hospital

“The findings of the investigation warranted legal action. We therefore filed a civil lawsuit and reported the matter to the police. The matter is now before the court. While the investigation to date indicated that the instances of wrongdoing are limited to a few individuals, it is nonetheless disappointing that it happened at all.”

“However, occupational fraud is a universal problem for businesses and public institutions in Canada and around the world and as experienced administrators we know that The Ottawa Hospital is not immune to this threat. However, I am more confident that as a result of the actions that we have taken to date the likelihood of future occurrences is reduced. If a violation should happen, we intend to catch it early and limit loss,” Kitts wrote.

“We will continue to be vigilant in identifying irregularities and we will take immediate action should anything arise that is in breach of our policies, is counter to our values, or is below the high standards of behaviour in the administration and service delivery of your hospital.”