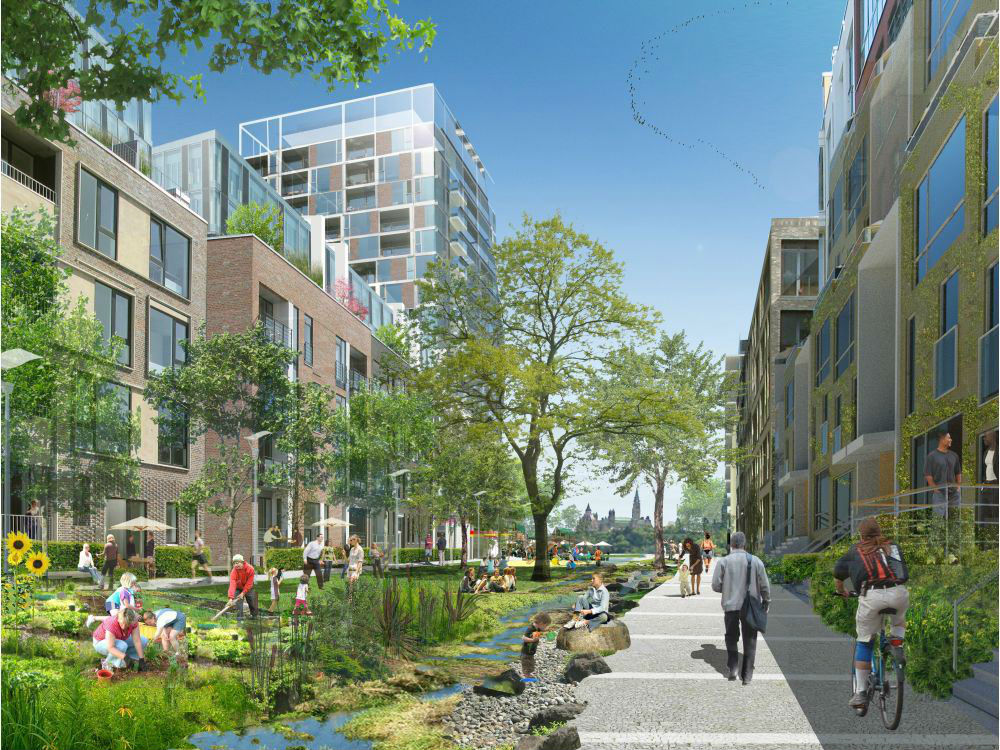 Windmill Development Group and Dream Unlimited Corp. announced in late February announced details of one of Canada’s largest urban renewal master-planned projects, the revitalization of the industrial lands on the Chaudière and Albert Islands, and the downtown Gatineau riverfront.

The new 40-acre project has been named Ziibi (river in the Algonquin language). It will include a mix of commercial and retail properties, condominium developments, a hotel, numerous waterfront parks and open spaces, and a network of pedestrian and cycling paths.

“Zibi is a once in a lifetime development opportunity for the National Capital Region,” says Windmill partner Rodney Wilts. “After more than a century, people will finally be able to live, work, play, and learn in one of the Region’s most picturesque and historic areas. We couldn’t be more pleased to be writing this new chapter in the Outaouais’ history.” 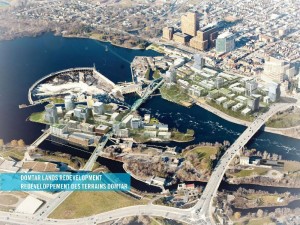 “With an anticipated investment value of more than $1 billion, we are committed to working with Windmill on this significant urban renewal project,” says Jason Lester, Dream’s senior vice-president, urban development. “Dream manages and develops real estate across North America and in Europe, each with unique, innovative and exciting characteristics. But as a Canadian real estate leader, this uniquely Canadian project, the dynamic mix of uses and the cutting edge approach to sustainability makes this a truly exceptional project, and a special development within our portfolio.”
Windmill says it plans to construct the site in six phases over a 10 to 15 year period” with each phase lasting approximately two to three years. “Our first phase is planned fo Gatineau, and will focus on clearing the land, repurposing the salvageable heritage building, and constructing new mixed-use developments.” 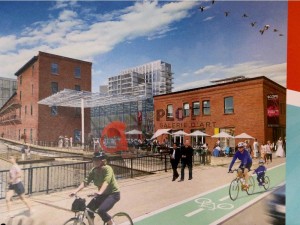 The partners plan to transform this industrial brownfield site into one of the world’s most sustainable mixed-use communities.

“I applaud Windmill and Dream for recognizing the rich history, breath-taking geography, and world-class views that combine to make the islands a character-defining place in the Capital,” NCC CEO Mark Kristmanson said in the news release. “We look forward to continuing our close collaboration with Windmill and Dream, the municipalities, and Algonquin First Nations to ensure Zibi reflects key Capital interests including improved connectivity, heritage preservation, access to the falls, and inspired public spaces.”

Windmill said it chose the Zibi name from  one of the 200 submitted for the site as part of a contest it launched last summer. The name was chosen both to recognize the Algonquin people’s rich history in the area, and to acknowledge the importance of the Ottawa River to the community.

With the development of Zibi, the magnificent Chaudière falls and the Ottawa River’s rapids will become accessible for the first time since Philemon Wright established the first sawmill there in 1808.

“This natural wonder and central part of the Region has been not just inaccessible, but unknown to most residents and visitors” Ottawa mayor Jim Watson said.. “The developers’ vision for Zibi stands to enliven a part of Ottawa that has been dormant for far too long and make this central part of our City and Region the kind of destination that everyone can enjoy.”

Windmill expects environmental remediation efforts to begin in the fall, and a sales launch in the months to come. The initial development phase of Zibi will include the revitalization of three existing industrial properties as part of a new retail commercial component, as well as the construction of two new six-storey condominium developments along the Gatineau riverfront.

Windmill and Dream are using the One Planet Communities framework to guide sustainability planning for Zibi. The One Planet Communities program is aimed at creating a network of the earth’s greenest neighbourhoods and to creating places where it is easy, attractive, and affordable for people to lead healthy, happy lives within their fair share of the earth’s resources.

“As a sustainable community, we will look to create environmentally advanced buildings at Zibi,” Wilts said. “But, we will also look to provide the services, infrastructure, and design features that make it easy for the people living and working at Zibi to do so in an environmentally friendly way.”

Windmill says the site will open an area to the public that has been closed off for two centuries.  It estimates the cost to remediate and restore the land and waterfront to be greater than $125 million.