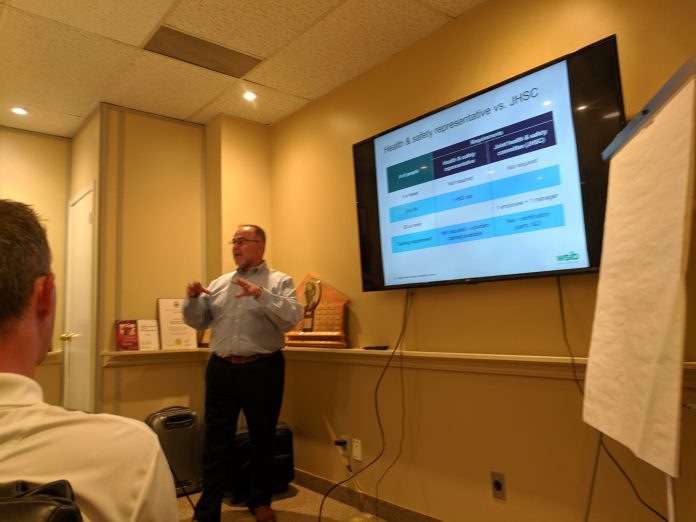 The Workplace Safety and Insurance Board (WSIB) offers smaller employers an opportunity to build a health and safety program, helping to ensure compliance with a diversity of regulations, with a meaningful carrot: A rebate of as much as seven per cent of the previous year’s WSIB premiums if they are $90,000 or less (or 75 per cent of the premiums to $1,000).

There, renovators learned the complexity and challenges of adhering to safety rules, and their variations depending on business and job/project size.

For example, if you have more than five employees, “you have to prepare an occupational health and safety policy” and post it so that employees can see it, Rabideau said.

He indicated there have been several changes in health and safety laws in the province, generally following a five-year lag from major incidents. “All of these major changes in the law came after a death in the workplace,” he said.

For example, WSIB coverage for injuries from workplace violence, harassment and sexual harassment in part trace their origins to the death of Windsor nurse Lori Dupont who was murdered in 2005 in the hospital’s recovery room by a doctor who stabbed her 17 times with the employer’s tools including the scalpel, scissors, “all kinds of things.”

The incident ultimately led to the requirement for employers with six or more workers to have a violence policy – which must be reviewed annually.

Meanwhile, the Working at Heights regulations including mandatory training, traces its origins  to the  2009 Christmas eve scaffolding deaths of four workers in Toronto – none of whom had proper training.

Rabideau says the program to help small employers set up their own health and safety program is not intended to be coercive.

“We’re not out here to get you,” he said. “If I come out and do an assessment with you, I don’t talk about you to the Ministry of Labour, except to say, these are the people on my list, ‘leave them alone’,” and MoL inspectors won’t make the company’s worksite a priority unless there is an actual accident or specific complaint.

Then a WSIB consultant will arrange an onsite visit and arrange for an expert analysis of the employer’s health and safety program.

The one-time rebate is paid after six months, and it can be meaningful sum.

There are several eligibility rules, including that the employer cannot be currently registered in the Safety Groups Program or “have received a SCRIP or Building Your Health and Safety Program rebate in the past,” and that the participant must be the business’s owner or a senior manager, defined as “the key decision-maker within the company who is responsible for approving the allocation of resources on behalf of the company (people, equipment, training and materials).”

Further information is available at https://www.wsib.ca/en/small-business-learn-your-responsibilities. 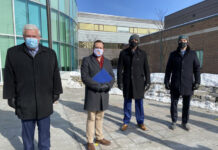