Associations representing Ontario’s contractors, architects and engineers are speaking up against Infrastructure Ontario (IO) and Metrolinx’s plans to bundle two major Toronto transit infrastructure projects, and they are taking their case to the public and the province’s political leadership.

The Construction Design Alliance of Ontario (CDAO) believes that Ontario and Toronto taxpayers could save more than half a billion dollars in construction and design costs for the Eglinton  Crosstown transit project by tendering it differently.

“Simply put, bundling the station and maintenance facility construction into one contract has hamstrung the tendering process, limited competition, stifled innovation, isolated the small- and medium-sized construction and design firms” says CDAO chair Clive Thurston, who is also president of the Ontario General Contractors Association (OGCA).  “This procedure will cost taxpayers more in the end. It is a case where bigger is not always better.”

IO believes that bundling the $4 billion projects into a “single P3 procurement to enable bidders to optimize planning and ensure the best allocation of scarce resources, such as skilled trades people,” the Public Works Financing Newsletter reports.

However, Thurston and representatives of other CDAO members, including Consulting Engineers of Ontario and the Ontario Architects Association (OAA), believe that joining projects into massive single design, financing and construction initiatives will shut out the local industry in favour of extremely well capitalized multi-national corporations.

In the case of the Eglinton Crosstown project, the size and scope of the project has resulted in only two consortiums expressing public interest.  “One consortium is Canadian-based and the other is led by foreign multi-national firms,” the CDAO news release said.

CDAO sought a meeting with Ontario Infrastructure minister Glen Murray and IO president and CEO Bert Clark. Thurston and OAA executive director Kristi Doyle went to the meeting, but did not receive any commitments that the government and IO would change its course on bundling, including implementing the provisions of an  earlier agreement to discuss and review bundling ideas with the CDAO before they are implemented.

So the CDAO decided to go public with a hard-hitting news release to raise the political temperature and achieve change.

“The purchasing of construction services is not akin to buying paper and pencils,” says Thurston.  “It has been proven in a number of different studies that bundling construction projects into bigger envelopes does not always result in taxpayer savings.”

OGCA’s analysis reveals that, had the tender been broken down into smaller bites and stations been tendered individually, up to 10 small- and medium-sized, Ontario-based construction and design firms would have bid on each of the smaller projects, resulting in increased competition and lower cost to taxpayers.  “Such a process has the potential to save an estimated $500 million,” the CDAO news release says.

“More Ontario firms working on individual projects have a direct impact on the local economy through employment, taxes and investment,” Thurston said.  “Limiting competition has the reverse effect. Studies have shown a ‘hollowing out’ of domestic industries occurs as a result of needlessly bundling projects into massive, unmanageable packages.”

Concern surrounding bundling of infrastructure projects is not new to Canada, the CDAO news release says.  As early as 2007, a study by the Canadian Federation of Independent Business documented the creation of large public projects through bundling as being detrimental to the domestic economy. “A 2009 federal Commons Committee report studying the issue also acknowledges government must present a strong business case justifying bundling of construction projects because of the potential economic damage. There is international precedence and law with the World Bank, European Union and the United States that require independent market studies be conducted before public projects are bundled.”

Sheena Sharp, the OAA’s vice president, strategic, says that if the trend to bundling continues unchecked, Ontario-based architects will be harmed.  She said the Eglinton Crosstown project is the “last straw” for the industry.

“What advantage are you getting out of bundling something so large that even the biggest firms can’t bid on this by themselves?” she asked. The industry may have been divided in the past, as larger Canadian-owned firms could compete on the major infrastructure projects, but when the bundling gets so extreme as in the Eglinton-Crosstown project, even they cannot compete.

“If we look at it as an activity I think that IO is labouring under some false ideas,” Sharp said.  “They are essentially financiers and real estate people. They are geared to very large projects and financial deals.

“They don’t understand how to get best value for public out of design and construction industry.  They are destroying the industry.”

Sharp says the attitude of Infrastructure Ontario seems to be “that’s too bad for you, if it benefits the people of Ontario.”

However, she said:  “We’re questioning if it is benefiting the people of Ontario. We’ve been talking to IO for years about this.”

Sharp, along with CEO executive director Barry Steinberg and OGCA president Clive Thurston acknowledge that bundling can make sense in some circumstances.

“CDAO is not opposed to bundling, but it is a procurement tool that has to be done in the right place, at the right time and for the right reasons with the right market research to support the decision, says Thurston.

“There are only two competitors for the Eglinton-Crosstown project, and that isn’t in the best public interest,” said Steinberg, representing Consulting Engineers of Ontario.  “If you’re using fixed, decision-making criteria and don’t take everything into account, we’re not sure the public is getting the best value for its money.”

Infrastructure Ontario, the government agency overseeing the project, has a protocol in place for the bundling of projects, but “IO did not follow its own rules for the Crosstown transit project,” Thurston says, noting that an internal IO review suggested there would be five consortiums bidding on the project. “Clearly they were wrong.”

“The design and construction industry believes there is no empirical data to support the bundling for the $4 billion Eglinton Crosstown project,” Thurston said. “No market survey was done to determine value for money for such a large project.”

“We believe the Eglinton Crosstown project is just too big to be handled under a single contract. The current scale of the project is such that there is a huge risk profile, and even some of the largest  companies in Canada are not willing to bid.  Breaking it up into smaller chunks would result in better value for taxpayer dollars.

“We need to rethink how we design and deliver such projects, how to sustain long-term infrastructure investment and not just assume that ‘bigger is better’.  Clearly it isn’t. CDAO is committed to working with IO to ensure a better process can be implemented.” 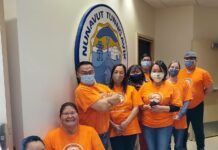