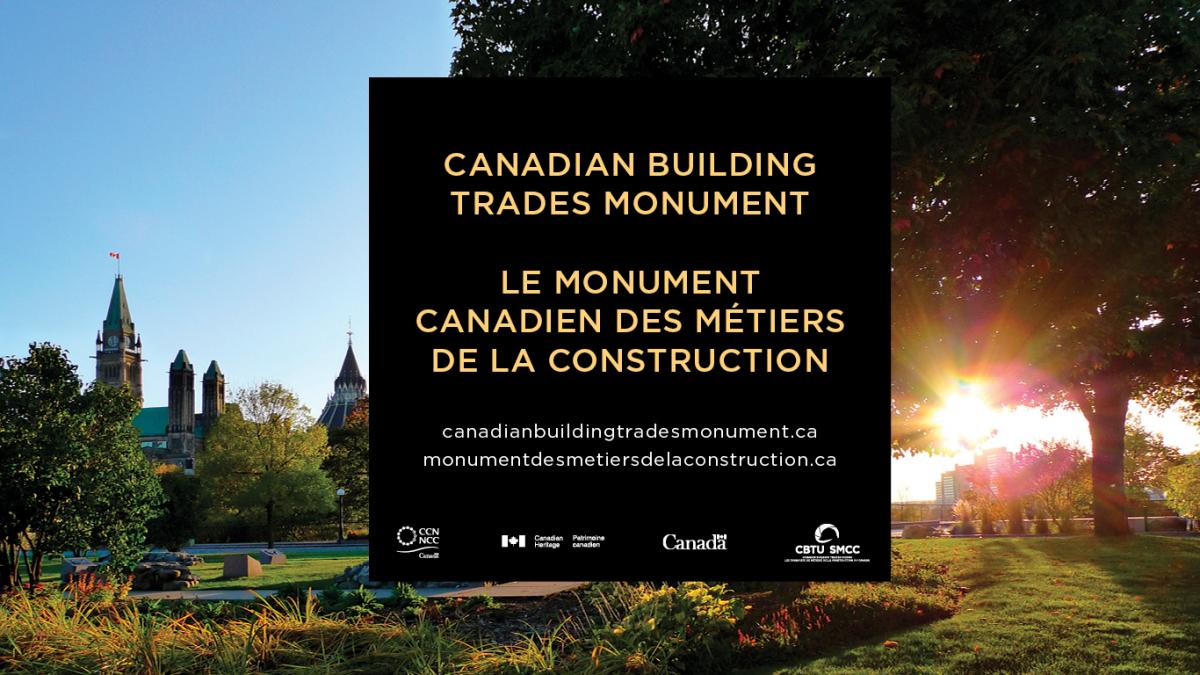 Five finalists have been selected to develop a detailed proposal to design and build a new Canadian Building Trades Monument in Ottawa’s Major’s Hill Park.  More than 40 design teams submitted responses to the RFQ for the project co-ordinated by Canada’s Building Trades Unions (CBTU).

The finalists were chosen on the strength and experience of the team, ability to work successfully on public art projects and commemorations, examples of their past work, and a preliminary approach or concept.

Architects Jacqueline Metz and Nancy Chew are also visual artists who have worked collaboratively since 1997. Their practice is centred on the public realm, an exploration of place, perception and culture.

Their work can be found in parks, plazas, streetscapes, private developments and interior public spaces across North America, as well as in private collections in North America and Europe. They have designed and built over 30 public art projects, and their work has received numerous Public Art Awards of Excellence.

Don and Shirley Begg, owners and operators of Studio West Ltd., Cochrane, Alberta are internationally renowned for their sculptural work in bronze. Don and Shirley are teaming up with Jim Laidlaw and his team of highly experienced landscape architects at Exp Services Inc.’s Calgary office. The team has previously collaborated on a number of sculptural pieces in Calgary and Edmonton.

As an artist, Noel Harding produced video art in the 70s, video projection and installation in the 80s, kinetic installations and sculpture as theatre in the 90s. His work for the last 20 years is in public art. He has exhibited and lectured internationally and his works are included in collections at the Vancouver Art Gallery, the National Gallery of Canada, the Art Gallery of Ontario, Museum of Modern Art in New York, City of Toronto and City of Amsterdam. He has teamed with John Hillier of DTAH, an award-winning multidisciplinary team that designs landscapes, buildings and communities.

John Greer is a renowned Canadian artist and sculptor whose work is included in private and public collections in Canada and abroad. A Professor of Sculpture for 27 years at NSCAD University, he received the Governor General’s Award in Visual Arts in 2009.

CTA tells city to explain why it has dismantled Prince of...

PCL Invites students to try-a-trade and step into the future of...