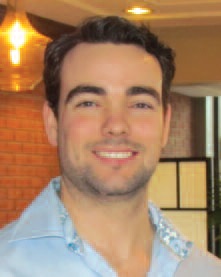 Now a project manager with Fuller Construction Co. Ltd., Sam Fuller says he has always enjoyed working with his hands, and has always admired the work of Fuller. Though he had an idea of his future before he was even in high school, he did not begin working with the company until the age of 17, when he started as a labourer.

After high school he studied in St. Lawrence College’s Civil Engineering Technology Program and, after graduation, landed his first job at PCL. “One of my most challenging roles early on was as a junior field engineer on the Kingston General Hospital project.”

Here he gained experience in the complex scheduling and co-ordination required to construct a new four-storey steel structure on top of an existing building. Part way through the work, he moved inside to help co-ordinate the interior fit ups and gained insights into working in an occupied space and the strict requirements of hospital construction.

Taking a year off to pursue his passion for sailing, Sam competed internationally, meeting and working with people from around the world. “There are definite skills the sport teaches including time management, organization, commitment and hard work. No one can afford to be lazy on a ship and the level of self-discipline is key to everyone.”

Returning to Fuller, Sam worked as a surveyor on the Tall Ships project in Brockville and then moved into the role of project coordinator and then project management. He has worked on a variety of projects and is learning about many different aspects of the business his grandfather began more than 75 years ago.