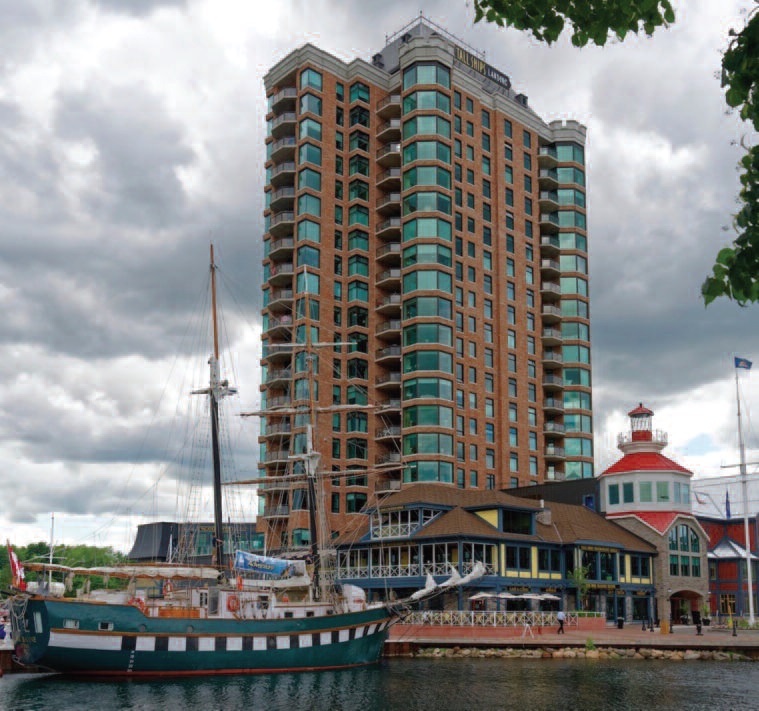 The involvement of the Fuller family in shaping Ottawa’s landscape dates back to 1859. Today the company is responsible for projects ranging from industrial to educational; those involving complex co-ordination including community and large civil projects, and those of a sensitive nature including healthcare and heritage restoration efforts.

Part of the architectural team for the original Parliament buildings in Ottawa, Thomas Fuller went on to be supervising architect for all of the projects in the Parliamentary Precinct and later chief architect for the Dominion of Canada. His son, Thomas W. Fuller became chief architect in 1927 and his son, Thomas G. Fuller, began his work as a contractor in 1939. Today his sons, William, Mark, Antony and Simon, are at the helm of Fuller Group of Companies and are joined by many members of the fifth generation of Fullers to be active in Ottawa’s construction industry.

Project manager Sam Fuller says the company has developed an interest in and expertise handling challenging work. “We like logistical challenges and projects in which we are able to find ways to make the impossible possible.”

He says the company is successful, in part because of its focus on education and training and the torch of knowledge that has been passed from generation to generation, and shared among the company’s employees.

His sister, and project co-ordinator Leigh Fuller says Fuller employees have the benefit of learning from clever minds who have worked with some of Ottawa’s industry greats. “My father has always said that the construction industry is a big people industry based on mutual trust and accountability. When we work together as a team, when we share experiences, it makes a big difference.”

As a family run business, she says the members have the opportunity to help develop the company, to sit down regularly to learn about all of the projects the company is engaged in, their challenges, and their successes.

Here are some of Fuller’s more recent and current projects:

Located in Brockville, the $114 million Tall Ships Landing condominium project is set on 3.5 acres along Tunnel Bay Harbour. Phase one of the project involved the construction of 85 Cottage-inium Suites (a name coined to describe these luxury condos supported by a vibrant recreational lifestyle) in a stunning 16-storey structure overlooking the water.

Currently about 80 per cent occupied, Sam says phase two – which will add another 65 units – has not yet been scheduled. “Earlier this year we commissioned the café and retail phases of the project and both are doing very well.” Fuller both constructed and owns the building.

Among the challenges involved with the project were the size and caliber, and the level of customization involved. “We found some wonderful trades in Brockville – many were really artisans – but had to source the majority from Ottawa and Kingston.”

He says an opportunity for local employment – both Brockville and the surrounding metropolitan areas – is important, and it also provided Fuller the chance to work with trades they knew on this complex project.

Sam explains that the Tall Ships required an incredible level of customization, saying that each unit is essentially different. “Homeowners had unlimited options including the standard paints and finishes but also down to where and how many electrical outlets there would be.”

Sam said they gave the design team parameters for standards but then had the task of sourcing many products beyond that which created challenges in timelines. “We relied heavily on the trades to work within these fluctuating schedules and in many cases, as clients finalized decisions, ended up doing tear outs and re-dos.”

He says the pilot project provided the team with many insights which will transfer to future phases.

Connected to the Tall Ships Landing project is the Aquatarium, a 26,000 sq. ft. building combining exhibits and interactive technology. Designed to help visitors explore and understand the Thousand Islands areas, this has been Fuller’s first foray into a new construction for this kind of project.

“We’ve done renovations in museums before and they are always fun and interesting but this was something truly unique,” says Leigh.

Among the more distinct features are a rock wall feature installed in the otter pen, an underwater tunnel and a boat exhibit that includes mock ups of two historic ships.

Intended to engage visitors and their imaginations, Sam says attendance at the Aquatarium has been beyond expectations.

Located on the south side of the original school, construction included a two-storey addition, a single storey gymnasium two-storeys in height and a music and drama area one and a half-storeys high. A new road and paved hard surface area were also constructed.

Leigh says one of the most unique aspects of the project is a two-storey glass atrium which brings natural light into the building and creates a unique gathering space for students.

Involving the construction of a new pump station, reservoir, roads, lighting and watermain system, Sam says the East Quadrant Water Distribution Expansion is one of many civil projects Fuller has undertaken.

The project is located along a main road in Kemptville. Sam says the project went smoothly and environmental considerations were not unusual. “Fuller has great success with this kind of project because of the level of, and attention to detail paid at commissioning to ensure everything is operating as it should.”

Work has recently commenced on a similar project, the Peterborough Water St. Pumphouse and Reservoir Rehabilitation.

Here, the company will work under tight timelines to achieve its October deadline to replace and repair concrete and plumbing, to pressure wash walls and re-waterproof two tanks and to install new floor topping.

Outside of its construction activities, Fuller is affiliated with Bytown Brigantine and its Thomas Fuller Bursary Program that sponsors under privileged youth to take part in the sail training and leadership program. The family also continues to support the Heart and Stroke Foundation.