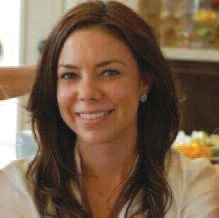 Leigh Fuller brings a diverse background and a variety of construction experience to her role as project co-ordinator with Fuller Construction Co. Ltd. She learns from and works with other family members in the business that her grandfather, Thomas G. Fuller, established in 1939.

Gathering exposure in a variety of fields, Leigh studied mass communication, history and politics before she went on to pursue her two loves – Equestrian sport, development, and sales, and construction.

During university she took on administrative roles within Fuller Construction, and spent some time in the Bytown Brigantine program; a leadership and skills development program for young people that has connections to Fuller. Both, she says provided an excellent learning opportunity.

She went on to work with Richcraft Homes and then spent more than two years with EllisDon. “It was an invaluable experience getting a glimpse of the different, and similar challenges in two distinct areas of construction.”

As project co-ordinator she worked on a variety of projects, met some amazing people and confirmed she wanted a construction career.

Moving to Fuller, Leigh says she has appreciated the opportunity to work alongside her father (William) and three uncles (Mark, Antony and Simon) and to benefit from their guidance and experience. She has been involved with a variety of projects including Earl of March Secondary School and Tall Ships Landing in Brockville.

She is also involved working with horses – her other passion – and with sailing, a passion she says many of the family inherited from Thomas.

Leigh says she has enjoyed her work in the field, getting to understand other areas of the business and, watching her younger cousins get involved, to see the interest and energy there and to understand what it means for the future of the company.