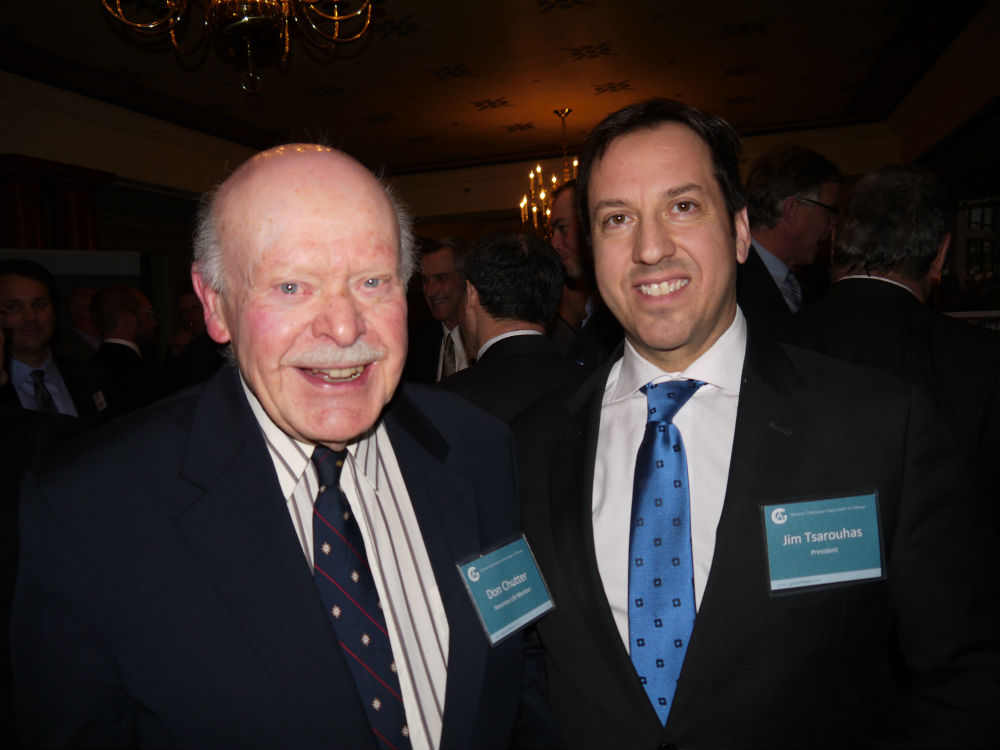 The General Contractors Association of Ottawa (GCAO) awarded its 2015 Integrity and Ethics Award to Robert Merkley, president of Merkley Supply Ltd., at its annual Rideau Club cocktail reception on Feb. 27.

Robert’s brother Ken accepted the award on his behalf as he enjoyed a Bahamas vacation.

This is the first time GCAO has granted its ethics and integrity award to a supplier. Previous awards have gone to owner/developers and general contractors.

“The testimonial letters had a constant theme of fairness and generosity,” GCAO President Jim Tsarouhas said. 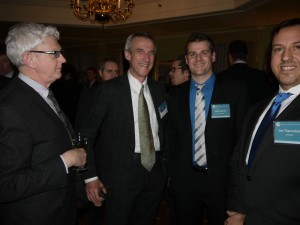 Merkley’s most recent major contribution has been to establish and encourage construction industry support for the Ride the Rideau cycling event in support of cancer research at The Ottawa Hospital. The hospital recognized his contributions with the dedication of the Merkley Supply Ltd. Research Bay the hospital’s cancer centre last summer.

“Robert’s philanthropic efforts have included personal and corporate support, but have also included inspiring his peers within the construction industry to support health care within our community,” Van Vliet, The Ottawa Hospital Foundation’s director, corporate partnerships, wrote in her testimonial letter.

Tsarouhas quoted Bone Supply’s Claude Des Rosiers as writing: “I have learned from Robert that you make a living by working hard, being honest and to always deliver a bit more than expected and contribute to others’ well-being and success.”
Merkley has made significant contributions to both the OCA and the Greater Ottawa Home Builders Association (GOHBA), serving nine years on the OCA’s board and 26 years on the GOHBA board. He managed also to serve simultaneously as the OCA’s board chair and the GOHBA president in 1995 – as the economy dug out of a major recession.

Other community service initiatives have included two years on the Joan of Arc Academy board, three years on the Hospice at May Court board and four years on the CHEO Foundation board.

He chaired the major gifts division of the development and construction industry for The Ottawa Hospital Foundation legacy campaign, raising $10.8 million, when the original goal was only $3.6 million.

He also contributed funds and leadership for the Algonquin College Centre for Construction Excellence, Rogers House, and the Ottawa Hospital Foundation’s 20-20 Campaign.

The company, which currently has 43 employees, was founded in 1959 by his late father Cam Merkley after the family’s original brick-making business was expropriated for Queensway construction.  Merkley became the company president in 1996, “guiding the business to the next level,”  Tsarouhas said.