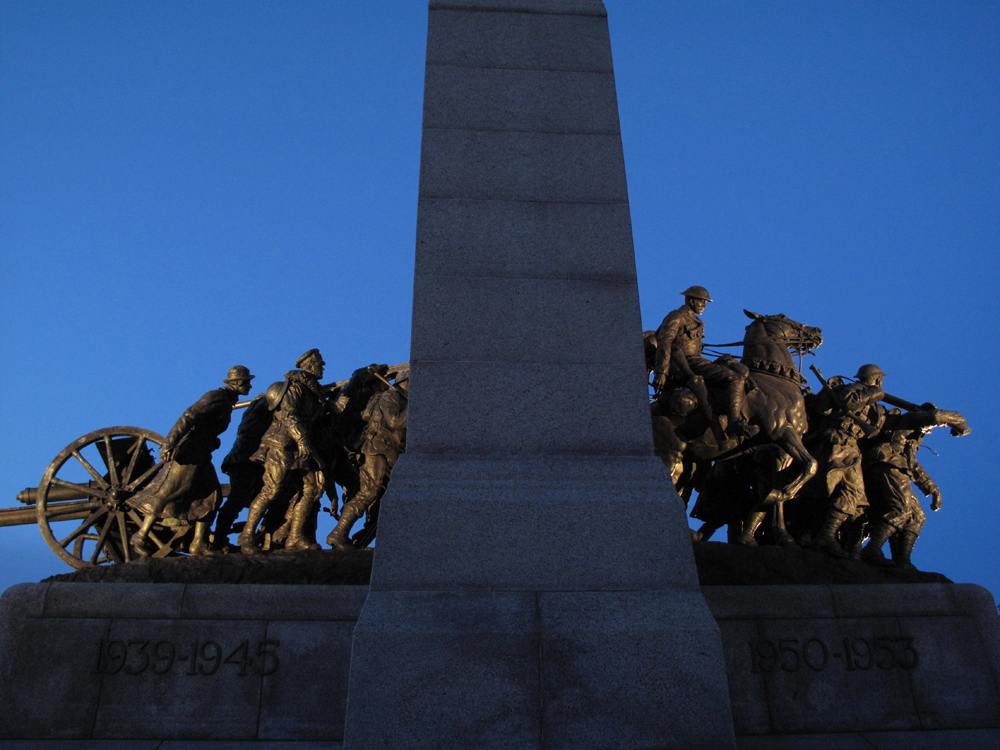 The issue of whether construction work should be tendered through a “low bid wins the job” or qualitative based selection (QBS) process has been raised after Public Works and Government Services Canada (PWGSC) awarded a $2.9 million contract for work on the National War Memorial to Prestige Design and Construction on Dec. 19, 2013.

Burnside says he knows his bid was significantly below Prestige’s and his company could have performed the work to PWGSC specifications, but that he would not have won the contract even the government agency had not used a “post-qualification” system to evaluate the bids.

“I understand that Dalcon was lower than my company’s bid, and they certainly could have done the work as well.  And there may have been others who were even lower.”

Instead, Dolyn, Dalcon, and other bidders – including several companies well-known for their work over many years on public works projects — were disqualified through the qualitative selection process, which required the participants to answer a series of questions and provide other reference materials.

PWGSC says the government received 12 responses to its invitation to bid on the project and it disqualified six at the qualification-based questionnaire/documentation stage. Government officials then opened the remaining six bids and discovered one bidder, Tomlinson, had submitted two separate prices in two envelopes for the work. This was deemed non-compliant. The lowest priced bid among the five remaining qualified tenders, Prestige, was selected.

“The rationale for using a pre-qualification process is to provide the best value to Canada and the Canadian taxpayers and to ensure the selection of qualified contractors capable of meeting project timelines and heritage obligations,” PWGSC said in a statement. “The objective is to ensure a quality product, delivered in accordance with tight project specifications at a competitive price.

“The pre-qualification process was used for this project due to the national historic significance of this site. This is a memorial site and the requirement to complete this project in the time and budget allowed is critical to its use as a commemorative site.”

Burnside, however, thinks the qualification process was excessive for what could easily have been handled as a conventional fixed-bid project, with contractors qualifying on basic grounds, such as being bondable. He said he understands that all of the non-selected bids were, in fact, lower than Prestige’s.  He also said the qualifying questions seemed to have little relevance to the project’s scope, or sought relevant information to demonstrate specific competence for the work.

“There’s a question:  What is your experience of construction in North America?” Burnside said.  “What part of North America are you talking about?  It’s a bit different from Florida to Baffin Island.”

Nevertheless, the Ontario Association of Architects (OAA) and associations representing engineers and other professional groups have been advocating for QBS rather than fixed-bid contracts for their members’ services, because the “low price wins the job” model doesn’t ensure quality design.

However, Burnside says the story is different for construction projects with clear specifications and requirements.

“We don’t have any problems with a prequalification system to make sure we have the technical and financial resources to complete the work,” he said.  “But the two-envelope qualitative system results in much higher costs, and is an absolute waste of taxpayer money.”

“It appears from the correspondence that I’ve seen regarding this tender, PWGSC recognizes that this was not the ideal procurement method and agreed to undertake to not repeat this methodology in the future tenders,” GCAO past-president Michael Nicolini says in an email to Burnside.  “Was it a waste of taxpayers’ dollars?  Most likely, but we’re fighting this thing after the fact.

“As far as I’m concerned we should make a record of PWGSC’s promises and be on the lookout for any future tenders they put out which includes similar post-qualification conditions. Then we can call on them before the tender closes and put pressure that way.”

No one is suggesting that PWGSC broke any of its rules, nor that Prestige won the contract on grounds other than its merit.  Under the tender rules, bidders submitted a fixed bid, and completed the qualification questionnaire, in a separate envelope.

Contractors needed to score a minimum of 60 out of 100 points on the tender’s qualitative portion, before their price-based bid would be opened, and the lowest qualified contractor won the job.  “The contractor who has met all the mandatory requirements and obtained the passing mark for the point-ranked criteria and is offering the lowest price will be recommended for reward,” the PWGSC tender documents said.

Burnside says he understands that PWGSC may have used the two-envelope system to speed up the tender process, purportedly because a separate pre-qualification stage would add extra time to the process.

However, he said he doesn’t understand why PWGSC required so much detail, including documentation showing that the contractor has a “description of quality policy and objectives.  The contractor must provide a copy of his Quality Policy and explain how such policy is applied and integrated to a construction project.”

Bursnside said he wonders who “prepares a diagram of quality control?”

Burnside says he expects that some consultant was pushing for the QBS model on this job.  “Indirectly or directly Public Works paid for this preparation of this qualification document,” he said.  “It is so nebulous that you ahve to guess at at what they want to see. It has little to do with experience and a lot to do at guessing what they want.”

OCA president John DeVries, meanwhile, polled contractors who had submitted bids on the project for their reactions.  “The response from PWGSC was twofold – time constraints on their end push them to combine the two steps into one, and secondly they ahve been doing this regularly in the past and no one complains from the industry,” he wrote.  PWGSC ultimately provided DeVries with the specific tender numbers and relevant projects tendered in a similar manner.

“To ensure the integrity of the procurement process, PWGSSC returned to bidders, whose technical proposals were deemed non-compliant, their bid envelopes unopened,” the government statement said. “PWGSC does not know the amount of these bids,” the PWGSC statement said.

“Results: There were twelve bidders in total; five of whom qualified following the technical evaluation. Of the five successful bidders, Prestige Design Construction had the lowest cost, fully compliant bid and was awarded the contract.

“While this process does require more time and effort on the part of the bidders and PWGSC, it provides the department with added assurance that we have qualified companies providing us specialized services when required for a unique project such as the restoration of the National War Memorial.”

The project will “address issues with the concrete slab and the corrosion of the reinforcing steel in the crawl space,” PWGSC said in a statement.

Contractors will fill the present crawl space with unshrinkable concrete to reinforce the 22-metre-tall granite cenotaph.  Electrical conduits will also be relocated into a new vault with outside access, sprinkler lines relocated and the drainage system will be upgraded.

The War Memorial was unveiled in 1939 by King George VI to commemorate the response of Canadians in the First World War, and is the site of annual Remembrance Day ceremonies.

Trying to make or influence change?