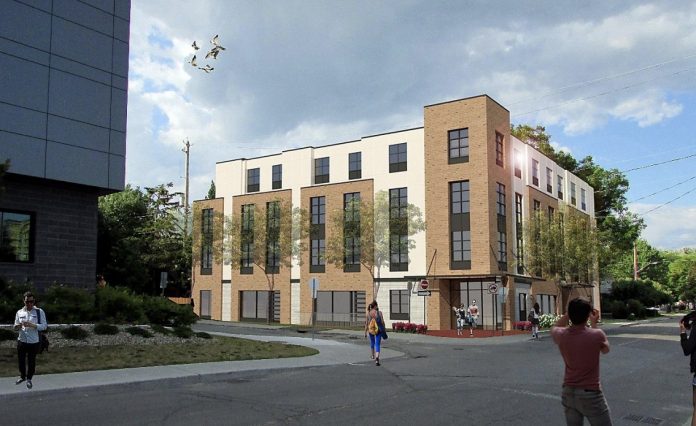 The decision would designate the city’s housing services division as the city’s service manager to administer the provincial Development Charge Rebate Program. The rebate program is part of Ontario’s Fair Housing Plan and aims to increase the supply of new purpose-built rental market units.

The province is offering up to $125 million over a five-year period to eligible municipalities in the form of rebates for all or part of development charges paid by housing developers. The city needs to apply by Friday, March 2, and before that can happen, council needs to designate a service manager as the program administrator.

In Sandy Hill, the approved changes would permit a four-storey, 40-unit apartment with 150 sq. m. of ground floor commercial space at the corner of Henderson Ave. and Templeton St. The property is owned by Wissam Elias and 2294170 Ontario Inc., c/o W. Elias & Associates and the architect is  Fernando Matos of  Soma Pro Designs.

In Wellington West, approval would permit a nine-storey, mixed-use building on Wellington St. W. at the intersection of Garland St. The building would have commercial space on the ground floor and 57 residential units above.

For this project, developer Beament Green has agreed to include two affordable housing units in the building, in exchange for the building to rise to nine storeys instead of six for which the property is zoned.

“As far as we know it’s the first time,” this has been done, CBC has quoted Coun. Jeff Leiper sas saying. “I think that getting a couple of affordable units in here is an indication that if there is a will, there’s a way.

“The inclusion of affordable housing doesn’t have to threaten the viability of the project if they really want to get it done.”

The developer also included $155,000 for repairs to the nearby Laroche Park Field House, and $10,000 for Amstrong St. Cycling improvements, as well as improvements to public art and the streetscape.