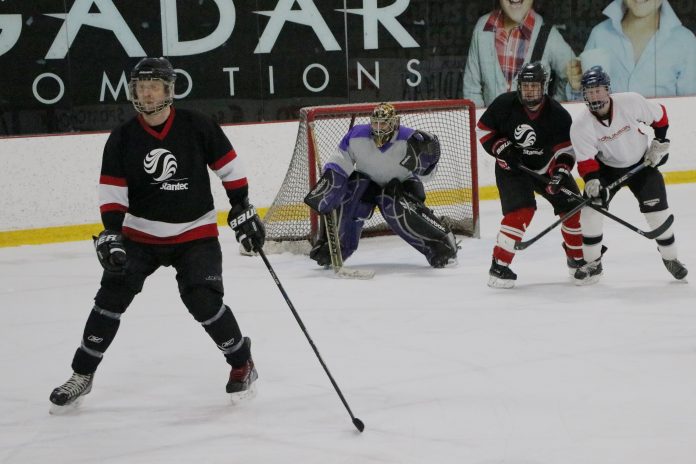 The twentieth annual Stantec Hockey Tournament has raised $36,000 to send 31 kids to the Boys and Girls Club of Ottawa’s Camp Smitty this summer.

The annual tournament, this year on Feb. 7 and 8 at the Bell Sensplex, attracted more than 500 players from local organizations.

“We come together not just for our love of hockey but because we know we’re supporting Camp Smitty,” says Francois Lauzon, a Stantec vice-president and the hockey tournament’s organizer since 2005. “By the end of the tournament, it’s not about having won or lost – it’s about everyone feeling great for being a part of something great for the children in our community,” he said in a statement.

This year, 34 teams comprised of Ottawa’s engineers and contractors laced up their skates and hit the ice.

“Raising money to send kids to Camp Smitty where they can learn valuable life skills and become future community leaders, this is Stantec in the community in action,” says Lauzon. “I am proud to have been associated with this event over the last 12 years.”

“As the tournament enters the 20th anniversary, we could not be more proud and grateful for this support,” says Adam Joiner, the director of programs with the Boys and Girls Club of Ottawa. “Because of this great gift over the past 20 years, we have been able to send hundreds of our members to Camp Smitty, all of which would not have had the opportunity if not for the tournament. Stantec and its partners have made a major difference in the lives of our young campers and I cannot thank you enough for giving them the chance to shine, grow and experience the magic of camp.”

Over the past 12 years, the tournament has raised more than 250,000. Teams this year included players and sponsors from a broad range of local companies, including Floval, Maxxam Analytics, Trinity Developments, and Paracel Laboratories.

Camp Smitty is named for Brian Smith, a CTV Ottawa sportscaster and former NHL hockey player, to commemorate his contributions to the Ottawa community. Smith was killed in 1995. He attended the camp (then called Camp Minwassin) as a 13-year-old and later as a counselor.

Stantec has worked with the Boys and Girls Club of Ottawa for 12 years and raises funds in support of Camp Smitty through the annual hockey tournament and other initiatives, such as a Stantec’s annual day of global volunteerism, Stantec in the Community Day, held every September.

Telling the stories behind the health and safety stats