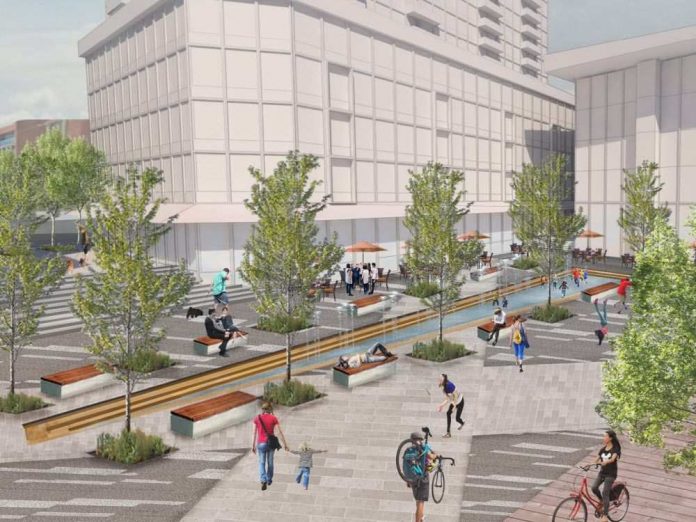 The federal government has allocated $73.3 million for the new Ottawa Public Library/national archives project in Lebreton Flats, meaning the $168 million “super library” project has passed a critical milestone on its way to construction, with completion by 2023.

The city needed the federal government to contribute $69 million towards the construction costs on the city-owned property at 557 Wellington St.  The city’s share of costs, about $99 million, will largely be covered by the sale of the existing Metcale St. site.  The larger number announced in the Feb. 27 federal budget, includes operating costs and covers a six-year period.

Mayor Jim Watson said reports will go to the library board and council about the next steps on the project. He told the Ottawa Citizen that the city has been in “serious discussions” with a potential purchaser, but a deal hadn’t been concluded.

There are still issues to be resolved including parking, which hasn’t been budgeted in the project costs.  A possibility is that private developers may build the garage as a combined facility serving the library, archives and private projects in the area.

Preliminary plans suggest the four-story building will occupy 215,458 sq. ft., divided 61 per cent and 39 per cent between OPL and Library and Archives Canada. The two organizations would share the entrance plaza, meeting rooms, outdoor programming space, an exhibition gallery and a genealogy centre.

“This new building will be an iconic community hub, a single door to the national library and archives, and a world-class public library in Canada’s capital city which will increase citizen participation in the community and improve access to Canada’s history, culture and collective knowledge,” the federal budget says.

Construction outlook in Canada and US promising, but materials prices and...