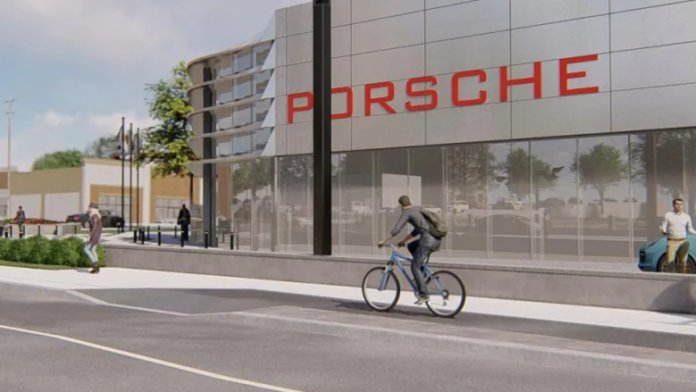 Ottawa’s finance committee has unanimously approved a tax break worth as much as $2.9 million for a future Porsche dealership on the main business strip of a lower-income area, even though some residents argued it would be “social assistance for millionaires.”

However, Mayor Jim Watson called approving the grant “a very good deal for taxpayers,” CBC News reported in May

Since the finance and economic development committee approved the planned grant unanimously at a meeting last week, it is likely that the full city council will approve it today.

The local Mrak family, owners of Mark Motors, are the first applicants of a two-year-old City of Ottawa program aimed at revitalizing Montreal Road in Ottawa’s Vanier neighbourhood.

In exchange for upgrading the property, the city would pay the Mraks a grant of as much as 75 per cent of the difference over 10 years.

Watson said that, even if the grant was paid, the city would be ahead $1 million if the Porsche dealership is constructed.

“It is not some bail out for a fancy car company,” Watson said. “It’s injecting more money into the city coffers so we can provide greater social services, more social housing, greater infrastructure.”

The owners say that the new dealership would create 20 more jobs than the 40 at the site’s existing luxury car dealership.

City staff said they hope five or six more such applications will be submitted in the coming years to act as a “magnet” for renewal in Vanier.

“It’s the kind of investment we’re hoping to see more of along Montreal Road,” said Don Herweyer, the city’s director of economic development and long-range planning.

Brother and sister Michael and Lisa Mrak told committee they grew up nearby and want to invest in the area.

The Quartier Vanier Business Improvement Area supported the family’s community involvement and said their investment was a sign of confidence in the neighbourhood’s future.

“Why can’t Vanier have nice things, too?” said Quartier Vanier’s chair, Mark Kaluski, who said the brand name Porsche should be irrelevant in deciding whether to approve the application.

The site is just beyond the Vanier neighbourhood, but is within its business improvement area and part of the section of Montreal Road the city has designated for such grants, CBC reported.

Rideau-Rockcliffe Coun. Rawlson King, supported the community improvement grant and underscored it was set up to expand the tax base and is “designed not to draw upon the public purse.”

However, Sam Hersh saw things differently in his public delegation presentation. “Money that is supposed to be taxed but is untaxed is money that is lost that could have been used,” he said.

Meanwhile, resident Philippe Denault said: “To me, this is equivalent to providing social assistance to a millionaire.”

Denault dismissed the staff assessment that the Porsche dealership would be a suitable “gateway” to Vanier, saying that was “detached from reality.”

Several people said in presentations to the committee that a car dealership, no matter how nice, was not in keeping with the city’s goal of creating pedestrian-friendly neighbourhoods. Benches outside of a Porsche showroom did not constitute public space, they said.