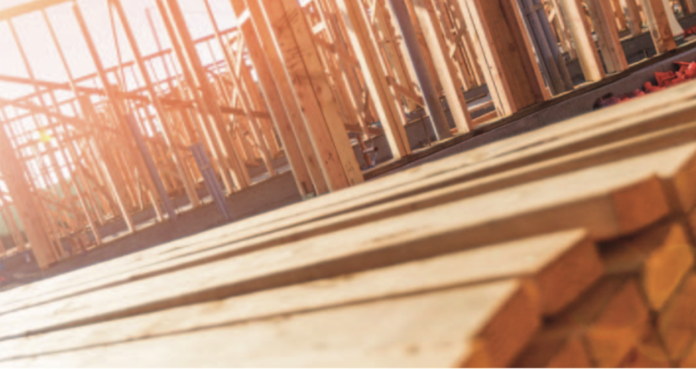 The Ottawa Construction Association (OCA) indicates owners, contractors and suppliers need to be thoughtful and plan for price increases and supply shortages in the construction market.

OCA president John DeVries said that the association recently hosted a roundtable discussion of 40 regional contractors and suppliers “to discuss the challenges of material supply and price escalation.”

The discussion has resulted in “an open message to everyone in the industry, and particularly to construction buyers and designers,” an OCA newsletter statement said.

The OCA asks owners to “ensure your project budget and expectations are aligned with current reality before tendering:

“The cancellation last week of the $100-million Ottawa Police Services South Facility is a case in point,” the newsletter says. “The market is so turbulent presently that unfortunately OPS may have missed an opportunity to lock in pricing.

“The challenge now is to complete a significant redesign to capture potential savings while material prices escalate. Now more than ever, buyers and design consultants need to work up-front with builders on budgets to reflect current market prices.”

Other points in the OCA statement include:

Do not seek a 60- to 90-day bid validity period to approve a project.

The shorter the bid approval timeline, the better. In the current climate, anything longer than 30 days is unworkable. Many suppliers and subcontractors are offering terms of seven or 14 days on their pricing.

Consider a material payment adjustment clause in your project tender to deal with price fluctuations.

There are precedents out there to deal with certain product price volatility in the past. The City of Ottawa and the Ministry of Transportation, for example, include clauses for fuel or asphalt cement volatility. Contractors are given a credit should the price index rise by more than 15 percent from the month when the contract was signed. Buyers likewise receive a credit should the price index drop by more than 15 percent.

Plan your project with all parties in the subcontractor and supply chain as early as possible.

Order in advance, pay for materials when they arrive.

Stay calm and let’s work together.

There is a light at the end of the tunnel.

The OCA says feedback during the roundtable call from industry stakeholders about the current market situation was sweeping.

“Supply shortages—along with frequent price increases—are happening across all aspects of building and infrastructure construction, and suppliers typically will not guarantee their prices now past 14 or even seven days,” the statement says.

Issues causing the supply volatility and price escalations include:

“Emergency shut-downs and damage from burst pipes crippled equipment and caused several plants to be rebuilt from scratch. Supplies of many products—including PVC, additives and firestopping—have been affected to date, and paint shortages are expected soon,” the statement said.

There are “sold out” circumstances in the North American drywall market, meaning supplies are on allocation.  At times, the distribution network in eastern Canada had no inventory of 5/8” drywall to sell to suppliers.

Steel pricing has doubled from $600 to $700 per metric tonne in November 2020 to as much as $1,400 per metric tonne today.   Major purchasers who previously could order steel six months in advance are being limited to 30 days or fewer.

“Where prices use to be guaranteed for two or three months, that period has been shortened to 15 days, with mills saying that the market won’t return to stability until the first or second quarter of 2022,” the OCA statement says.

“Demand is incredibly strong,” significantly concentrated in the industrial sector. “Construction of large distribution centres for retailers such as Amazon and Kmart—estimated at a combined value of $100 billion—are forecasted to consume a staggering 65 percent of the steel produced in North America in the next 24 months.”

DeVries said in a note to OCN that he doesn’t know if any of the association’s members are having troubles fulfilling fixed bid contracts started before the price inflation and shortages became an issue. He also said right now he cannot put a number on the overall inflation rate, and how it affects different costs.

Tarion reports 47 Ottawa-area convictions as it works with industry to...