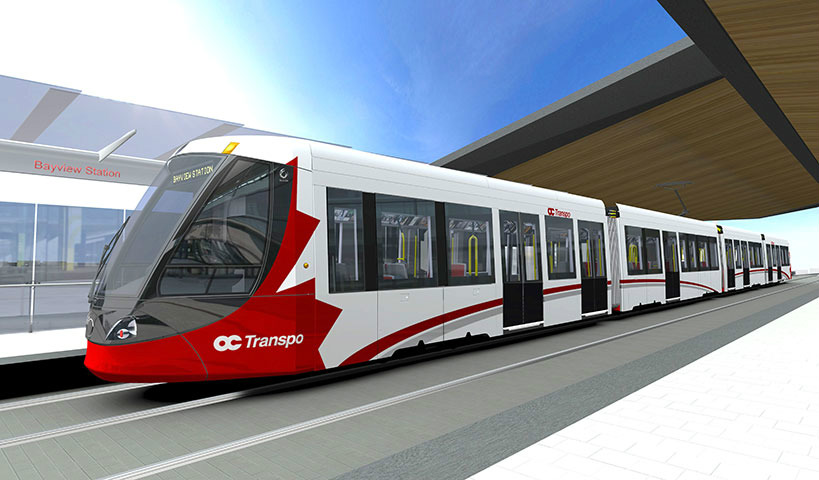 The Light Rail Transit (LRT) project is moving forward despite some unexpected surprises.

Recently, for example, rock bolts related to the tunnel excavation penetrated through the parking garage wall of the Sun Life Building along Queen St.

Gary Craig, acting director, Rail Implementation Office quickly responded, saying: “All repairs related to this minor incident have been made at the cost of the Rideau Transit Group. There are no risks to the integrity of building’s foundation and there was no other property damage.”

He added that the Rideau Transit Group (RTG) began working on a revised methodology to install the rock bolts to ensure there would be no re-occurrence.

In February, a sinkhole 8 m. wide and 12 m. deep opened on Waller St. just south of Laurier Ave. where crews were digging the tunnel’s eastern entrance. The root cause of the issue was determined to be unanticipated soil conditions. The issue was deemed the responsibility of RTG, according to the project agreement.

Other updates note that digging on a 2.5-kilometre downtown tunnel that will connect Lyon, Parliament and Rideau stations by light-rail transit is roughly 30 per cent complete.

Steven Cripps, director, rail implementation office says as of July 21, 679 m of the running tunnel have been excavated encompassing 53, 407 m3 of material since tunnel work began mid-October 2013. “Rideau Transit Group, the consortium responsible for delivering the Confederation Line, currently has more than 200 employees,” he said. “Subcontractors have, as of the end of June, worked about 400,000 hours on the project.” 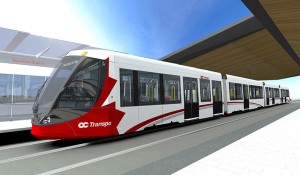 To complete the heavy excavation work three 135-tonne roadheaders, one for each access point, are excavating up to 70 to 80 MPA rocks (UCS). Cripps says these specialized machines were shipped preassembled in small to mid-size pieces from New York by trailers and from Austria by ship, and assembled onsite.

“Additional equipment is being used in the construction of the tunnel, such as jumbos for the installation of the temporary support, robots for shotcrete, and loaders for mucking,” he said.

Many of the fine details of the project have yet to be finalized. A mock-up of the rail car to be used had been scheduled to be delivered to Ottawa this summer for viewing but at this point the city is still finalizing details with Alstom, the designer and manufacturer.

Cripps says a working group, tasked with operational matters, is still working on the final name that will be applied to both the Confederation Line and the current O-Train and is expected to bring recommendations to the Transit Commission later this year.

The Confederation Line website reports thatexcavation of the Lyon Station and Parliament Station caverns continues and includes umbrella and mesh installations as well as shotcreting.

At the Maintenance and Storage Facility (MSF) excavation is progressing on the building foundation, works for the MSF connector continue, including stripping of topsoil and utilities locates within the VIA right of way.

Widening and rehabilitation of the Hurdman Bridge continues, with stripping the deck of the eastbound lanes and westbound lanes access.

At the St. Laurent overpass, widening and rehabilitation of the structure is ongoing on the north side, with forming and pouring of the abutments, installation of roadway protection, removal of the approach slab, and chipping out the deck and ballast walls.

At the Vanier Parkway overpass, work advances in preparation of the rapid bridge replacement scheduled for late September. Contractors are preparing for pouring the new bridge deck.

Demolition of the existing Belfast Road underpass is advancing and formwork and pouring continues at the south abutment.

Construction of the Coventry pedestrian footbridge is progressing, including installation of reinforcing cages for the bridge’s columns.

Cripps says over the next two months the project team expects to complete of stage 1 of Highway 417 works, rapid replacement of Lees Ave. overpass, continued mining at the station caverns (Lyon and Parliament), continued mining at the East Portal and progress at the Maintenance and Storage Facility (MSF)  including completion of foundation work, structural steel work and work on the connector.