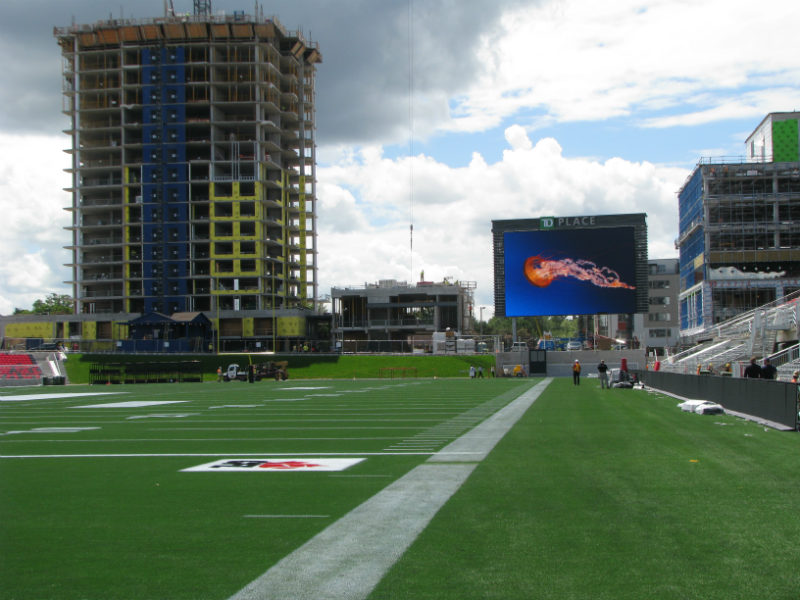 While Lansdowne Park has successfully re-opened, hosting its first Ottawa REDBLACK’s  and Ottawa Fury FC games, work is continuing behind the scenes.

Pomerleau’s project director Philippe Goulet says a pre-game event for REDBLACK’s season ticket holders provided the soft-opening opportunity needed to ensure everything worked as expected. “We were able to provide OSEG (Ottawa Sports and Entertainment Group) support in figuring out how to make the fan experience seamless with all of the construction still going on around.”

Crews are still finishing up minor deficiencies and in the Civic Centre where scaffolding, used to support the work going on at the Upper Concourse, is still being removed. “Suite fit-ups are happening now and we have yet to install a rigging platform that will provide flexibility in lighting and sound for concerts and other events inside the arena,” Goulet said. 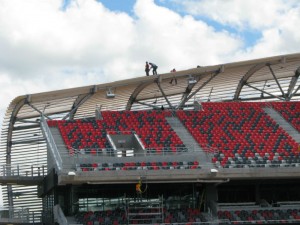 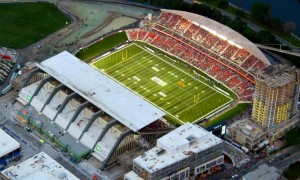 He expects the Civic Centre construction will conclude in September, in time for the Ottawa 67’s to host home games in the fall.

As site manager, Pomerleau has responsibility for ensuring the public’s safety. With construction ongoing, that means clearing the site for events and releasing it again for work to resume. “During the weekend of the REDBLACK’s opener the site was contained and all the work behind fences from Friday through Sunday when the Fury played. Work resumed on Monday but then there was another event on Wednesday so everything had to be cleaned up again. This process will be ongoing for the remainder of the season.” 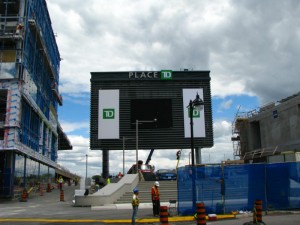 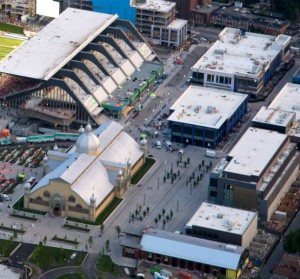 These efforts will keep Pomerleau on site until October when the project’s retail portion  is completed. Condominium-area construction will continue into 2015.

The next big unveiling for Lansdowne is the official opening of the urban park August 16 which includes a community festival and picnic. 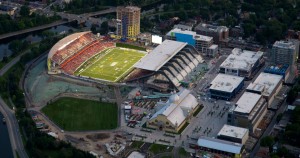