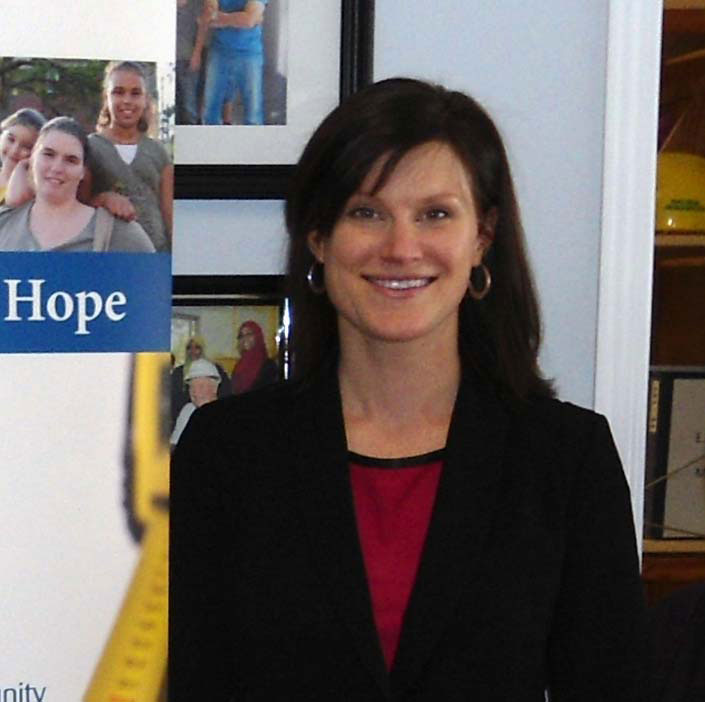 “Alexis brings a wealth of knowledge and experience in non-profit and financial management and she is dedicated to serving her community,” says Habitat NCR board chair Ken Merkley. “We are confident that she will help take the organization to the next level as we increase the number of safe, decent and affordable homes we build with community partners and volunteers each year.”

Habitat NCR’s news release says Ashworth is former executive director of the Halifax affiliate and has recently completed her MBA in International Development Management from Carleton University’s Sprott School of Business and NPSIA (Norman Paterson School of International Affairs). She has a background in finance, including a previous role with the Business Development Bank of Canada and a Bachelor’s Degree in Commerce from Saint Mary’s University.

While with the Habitat affiliate in Halifax, Ashworth accelerated its building program from an average of one home every two years to five annually and significantly increased its fundraising revenues, the news release says. She also participated in Habitat Canada’s Global Village program in El Salvador.

Ashworth will oversee the non-profit’s operations, including its two ReStores. Habit continue to complete phase two of the Orleans building project started last year. The group will construct four additional homes in Orleans beginning this spring.

The release quotes Ashworth as saying: “I am thrilled and honoured to return to Habitat for Humanity, an organization that I am so passionate about. The organization has celebrated many major accomplishments over the past 20 years and there is still much more to do to help families in Ottawa who are in need of safe, decent and affordable housing. I am excited to work with volunteers, sponsors and supporters to build more and more homes in our community each year.”