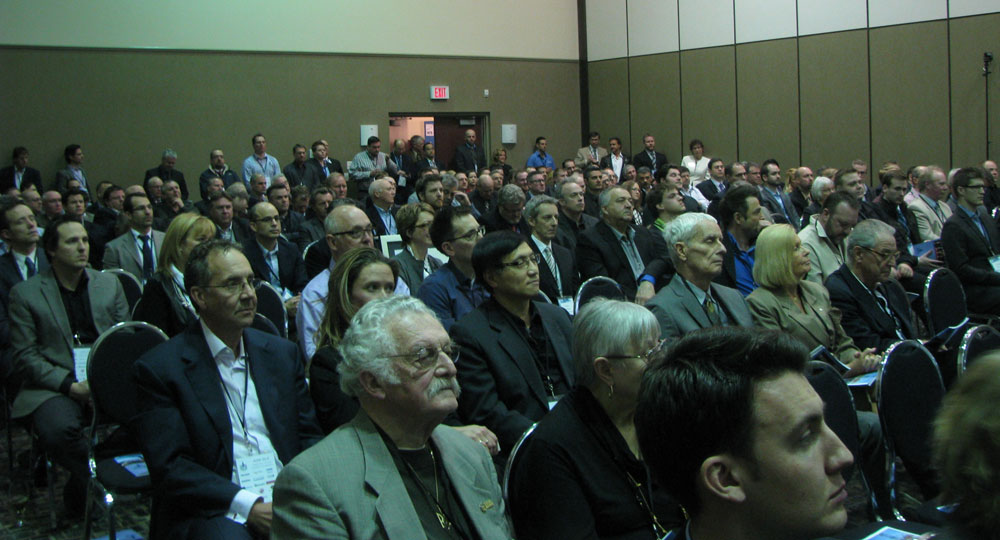 The meeting had an added special touch this year to mark the OCA’s 125th anniversary.

“OCA traces its roots 125 years ago, to 1889,” chairman Paul McCarney said during the opening speech.

He then gave a brief history of the OCA, which in 1889 was the Contractors and Builders Association of Ottawa. The birth of the association happened after 40 builders and contractors got together to discuss problems in the industry due to a lack of regulations and bylaws. 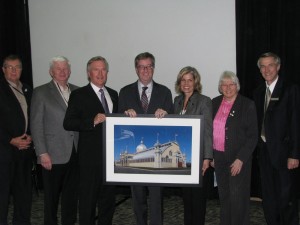 And thus, the association was born. The OCA has flourished and expanded over the 125 years.

“Today, we have a membership of 1,100,” said McCarney. “The OCA is a leading progressive business association reflective of the modern and beautiful city of Ottawa. To mark this 125th anniversary of the OCA, the board of directors felt it appropriate to undertake a number of special additions.” 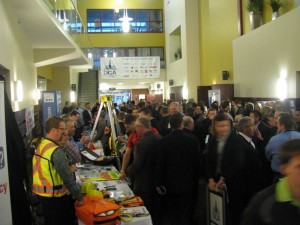 The first special event was the unveiling of a new, more modernized logo

Second was the announcement of a special anniversary pictorial coffee-table publication in the works that would feature construction history in the Nation’s Capital.

And finally, the OCA would present firms who have been members for over 25 and 50 years, with a special plaque for their dedication and contribution.

When Mayor Watson took to the podium to speak, he thanked the association for being responsible for more than 90 per cent of Ottawa’s construction-related work.

He then spoke of ongoing and upcoming projects around the region including revitalizing Rideau Street, the Bayshore Shopping Centre and Rideau Centre expansions, and of course the light rail transit project. 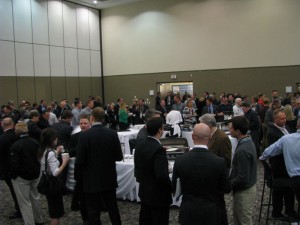 “We are making progress,” Watson said. He used the example of the Lansdowne redevelopment. “The massive project appears to be on track, on time and on budget, thanks to the tremendous effort of about 900 workers who are on the site on any given day.”

Watson also noted: “Lansdowne has incredible potential. As we work towards not only the completion of the urban park, the retail, the housing and of course, the sports amenities, but also the potential it has for tourism for our whole city.”

Watson also spoke of the plans that the city has for the new site upon completion, starting off with seven games of the 2015 FIFA women’s world cup soccer championship to be played at the new TD Stadium. It will be the first time Ottawa plays host to FIFA events.

In 2017, a year-long celebration for the 150th anniversary of Canada’s confederation will take place with many events planned to boost tourism in the region.

Watson hopes the Lansdowne redevelopment and the confederation celebrations will help the city win bids to host both the Grey Cup and the NHL Outdoor Classic that year.

December 2017 will mark 100 years since the first ever NHL game was played in Ottawa against Montreal, a fact that may help the city win the bid.

“It’s pretty exciting,” said Watson. “It’s the kind of thing that would make us all very proud to see 45,000 fans cheering on the Senators vs. the Canadiens, and just a few weeks earlier we would have hosted the Grey Cup.”

Watson said Lansdowne and the multitude of other major construction projects happening in the city show an economic growth and development that has never before been seen in Ottawa. A growth, he said, was needed after over 14,000 federal public servant cuts.

“We need to balance that off by injecting these kinds of infrastructure projects into the economy to keep people working,” he said.

After his speech, the OCA presented Watson with a framed photo of the Aberdeen Pavilion, a building Watson helped save as one of his first projects as councillor for the Capital Ward in 1991.

McCarney introduced the 2014 OCA board of directors to members during the association’s annual general meeting. He noted that at the January board meeting it was decided the 2013 slate of officers would continue their roles into 2014 while the OCA awaited the return of Jeff Clarke.

Clarke, incoming chairman, was diagnosed with cancer in late 2013. It was expected he would be well enough to attend the AGM, however health complications prevented him from doing so.

After the meeting guests were invited to network over drinks and food. Some notable attendees included OCA president and general manager John DeVries, and city councillors Katherine Hobbs and Marianne Wilkinson.

“I’m very optimistic about the future of our city,” said Watson.