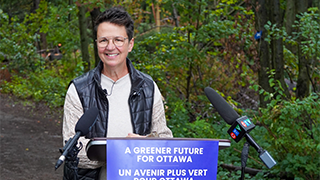 A candidate for mayor of Ottawa has released a climate action strategy designed to bring the city to net-zero emissions by 2050.

“Our city urgently needs bold climate action, but we have been missing the political will to prioritize it,” said candidate Catharine McKenney. “However, with the right leadership, we can live in an Ottawa with green, affordable buildings, safe walkable neighbourhoods, and a tree canopy that helps cool our homes. I have a proven record of bringing the environment into every discussion at City Hall and I have a plan for Ottawa to become a climate leader.”

McKenney’s says the plan proposes commitments consistent with Ottawa’s climate change master plan and facilitates the investments needed to make them a reality. Based on the City’s projections within its plan, buildings and transportation will make up about 75% of emissions reductions from now until 2050.

“The costs of climate inaction are too high,” McKenney said. “This summer’s severe storm damaged Ottawa’s tree canopy, homes and infrastructure. If we don’t take bolder climate action now, these intense weather events will be more common and worse. But I have a strategy that helps our communities become more resilient in the face of environmental change and do our part to reduce climate pollution.”

If elected, McKenney would create a chief climate officer position to oversee implementation of the master plan and seek to ensure the partnership of Indigenous Peoples to build a more sustainable city and protect the environment.

There are six people running for the mayor’s seat in Ottawa. The municipal election is Oct. 26. 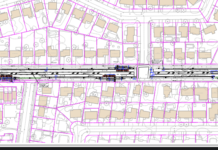