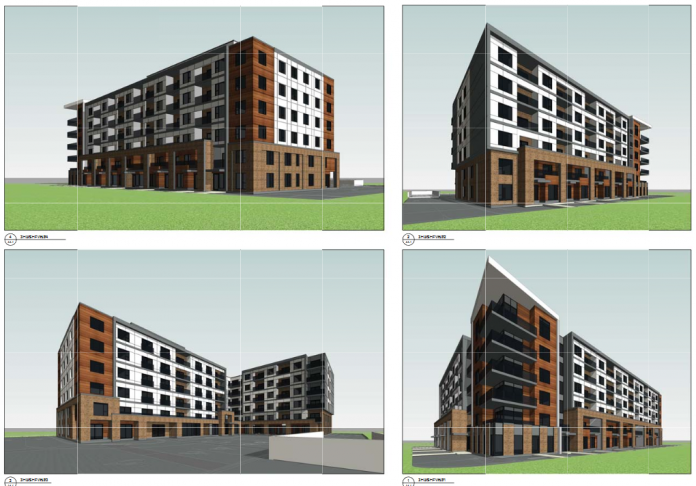 The Kingston & Frontenac Housing Corporation (KFHC) has broken on a new mixed-income housing project on land previously purchased by the City of Kingston to facilitate the development of affordable housing.

“We are excited to have broken ground at 27 Wright Cres., especially during this challenging time when affordable housing has become even more important. The public funding provided was essential to making this project happen,” said Mary Lynn Cousins Brame, CEO, KFHC, the largest provider of social and affordable housing in the city.

The project at 27 Wright Cres. includes 40 units comprised of 10 rent-geared-to-income units, 13 affordable units renting for 20 per cent less than average market rent and 17 market rental units. Construction is expected to last until Fall 2021.

The city noted that a private rental building with 129 units is also being developed on the Wright Crescent property, which was purchased by the City from the Sisters of the Congregation of Notre Dame specifically for the development of more affordable housing.

It was approved through municipal and shared provincial/federal capital funding contributions totaling approximately $2.5 million along with a low-interest loan financing provided under the Federal National Housing Strategy.

“Affordable housing remains a top priority for City Council. The current state of the world has only reinforced how important it is that we continue to make progress on affordable housing initiatives,” said Mayor Bryan Paterson. “We are so pleased to break ground on this new project which will provide much-needed housing units in this desirable, central location, close to shopping, transit and other amenities.”

He noted that a private rental building with 129 units is also being developed on the Wright Crescent property, which was purchased by the City from the Sisters of the Congregation of Notre Dame specifically for the development of more affordable housing.

According to the city’s strategic plan, the goal is to increase the housing vacancy rate to 3% by 2022. Council will work with local developers, not-for-profit housing organizations, tenants, homeowners, and post-secondary education institutions to encourage more residential development and affordable housing across the city.

The City of Kingston has approved plans to accelerate the process between planning approvals and construction, promote secondary suites and tiny homes, and implement the recommendations of the Mayor’s Task Force on Housing: making affordable housing a priority, getting shovels in the ground, and intensifying the city within the urban growth boundary. Also, the strategic plan includes a go of creating incentives and tools to facilitate smart, new housing growth. It will also advocate for funding and increased investments in housing development.

Increasing the affordability of housing is one of the key strategies, along with facilitating “smart, new housing growth. It will also advocate for funding and increased investments in housing development.”