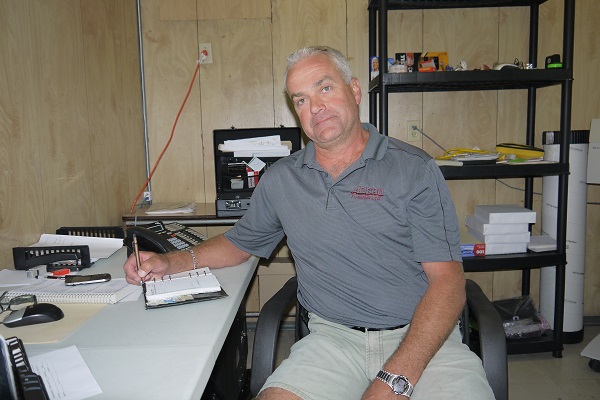 Business had been going well for ADBRO Forming Ltd. as summer approached. The 26-year-old family-owned concrete forming company (which traces its roots to a business owned by president Dave Brown’s parents) had experienced a slow winter.

Coincidentally starting with a significant contribution to the GOHBA Habitat for Humanity Blitz Build in March, “things were generally picking up and work was really piling in,” Brown said.

“Then I pulled into the lane-way and saw six fire trucks, two paramedics and four police officers . . . You can’t describe the feeling you get when you see that it’s your own building.”

Overnight in late June, a concrete pump had ignited, setting off a fire so powerful that firefighters discovered melted aluminum. (Aluminum melts at 660 degrees Celsius). There were hundreds of thousands of dollars in damage – but thankfully, despite the intense heat, the fire didn’t spread to nearby vehicles, fuel tanks and throughout the company’s wood-frame shop and headquarters on Westhunt Dr. in Carp. 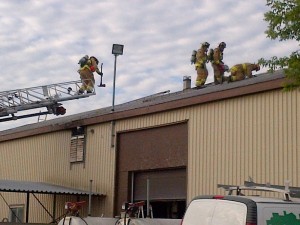 “Even KC the shop cat, who spent the night in the smoke-filled building, survived with only some minor smoke inhalation injuries,” Brown said. “All of the building’s tenants were concerned about KC when they learned of the fire even before they asked about damage to their units.”

Brown said construction manager Frank Reynolds called him on the morning of the June 26 fire.  “I was here at 6:45. At 7:00 the insurance broker (Bradleys Insurance) was here, RestoreAll was here, and Dominion Insurance was right behind them – they have been phenomenal ever since.” 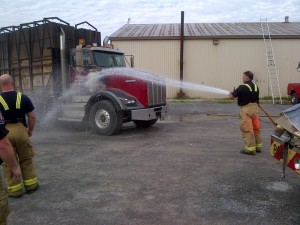 ADBRO’s fire survival story reflects the concept that, if you pay it forward, you will often receive a hands-up when things go wrong for your own business. 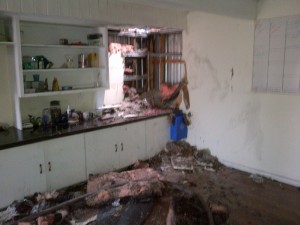 ADBRO focuses on custom residential and small commercial concrete forming projects. The company doesn’t try to compete for tract building work, nor does it subcontract on large ICI projects.

“We do about $3 to $4 million dollars a year and try to keep it there,” Brown said. “We’ve found over the years that bigger isn’t always better.  Somehow your margins can erode fairly quickly once you get to a certain size. There’s a critical size where you need to go big or go home.” 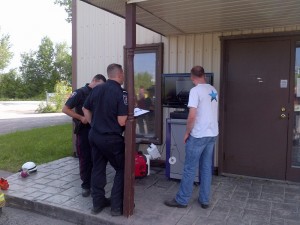 This is still a sizeable business, nevertheless.  The company employs about 15 full-time, summer students as they’re needed, plus several well-qualified piecework contractors. Dave Brown’s wife Terry also works in the business, with their two adult sons.

ADBRO gets most of its work from smaller builders, renovators, and increasingly in recent years, directly from consumers and homeowners. This reflects an increasing do-it-yourself trend and, in some cases, changing construction business practices where, instead of acting as a general contractor and hiring subs, project managers work with homeowners and businesses, who then hire the subcontractors themselves. 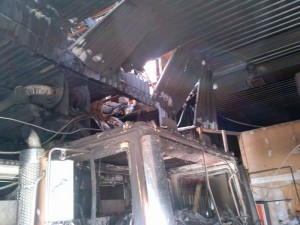 The new market dynamics, where ADBRO receives about half of its business from individuals and small businesses, means more up-front work and handholding than when knowledgeable general contractors subcontract with clear plans, scheduling and processes. However, in return for the smaller and more diverse client base ADBRO is able to set higher prices and achieves better margins.

Brown says his father started the original forming business in the late 1960s.The family decided the best succession plan would be incorporate a new business in 1988, and gradually wind down the earlier enterprise. He isn’t certain how the next generation will inherit it.  “We have talked about it, but I’m only 53 years old and have hopefully a few years to go.” 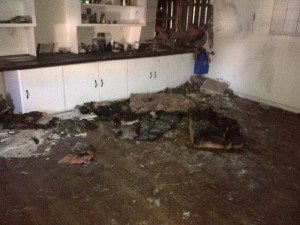 Good will and good fortune have helped to mitigate the recent fire’s losses.  Brown said company records were not destroyed, and employees were able to retrieve most of their equipment. “Trevor McNamee of McNamee Concrete Ltd.rented a pumper to us to replace the damaged machine until we could replace it,” he said.  “As well, Jody Dempsey at Alliance Concrete Pumps arranged for the new pump purchase and also provided an assessment for the value of the burnt one. Helped a ton!”

In other words, despite the chaos and confusion on the fire day, ADBRO’s crews were at their job sites within a few hours, and business continued as Brown and the insurance adjusters started planning to rebuild. 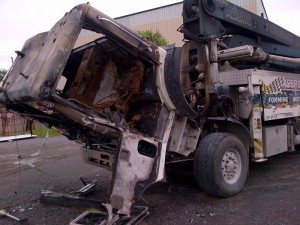 ”ADBRO cultivates long-term relationships with highly respected local builders, ‘traditionalists,’ if you will, who still hold that quality comes before low price. These builders recognize value, and maintain that competitors who tender every subcontract in every home to the lowest bidder are doing a disservice to the buyer. 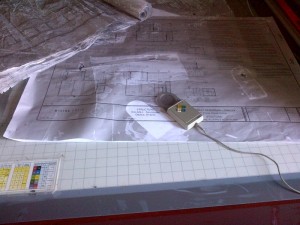 “The question remains: How can a builder maintain consistency and quality when every home is constructed using different (ie. the cheapest) sub-trades? We don’t use form-setters paid by piecework like many of our competitors. ADBRO’s forming is by ADBRO’s people. Our customers prefer the consistency and value that arises from a long term personal relationship between the company’s principals. There is no secret to the survival of ADBRO and its customers through the worst recessions (early 1990’s, and 2008-2009) this industry has ever seen.” 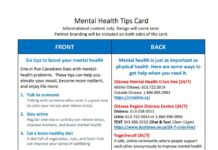