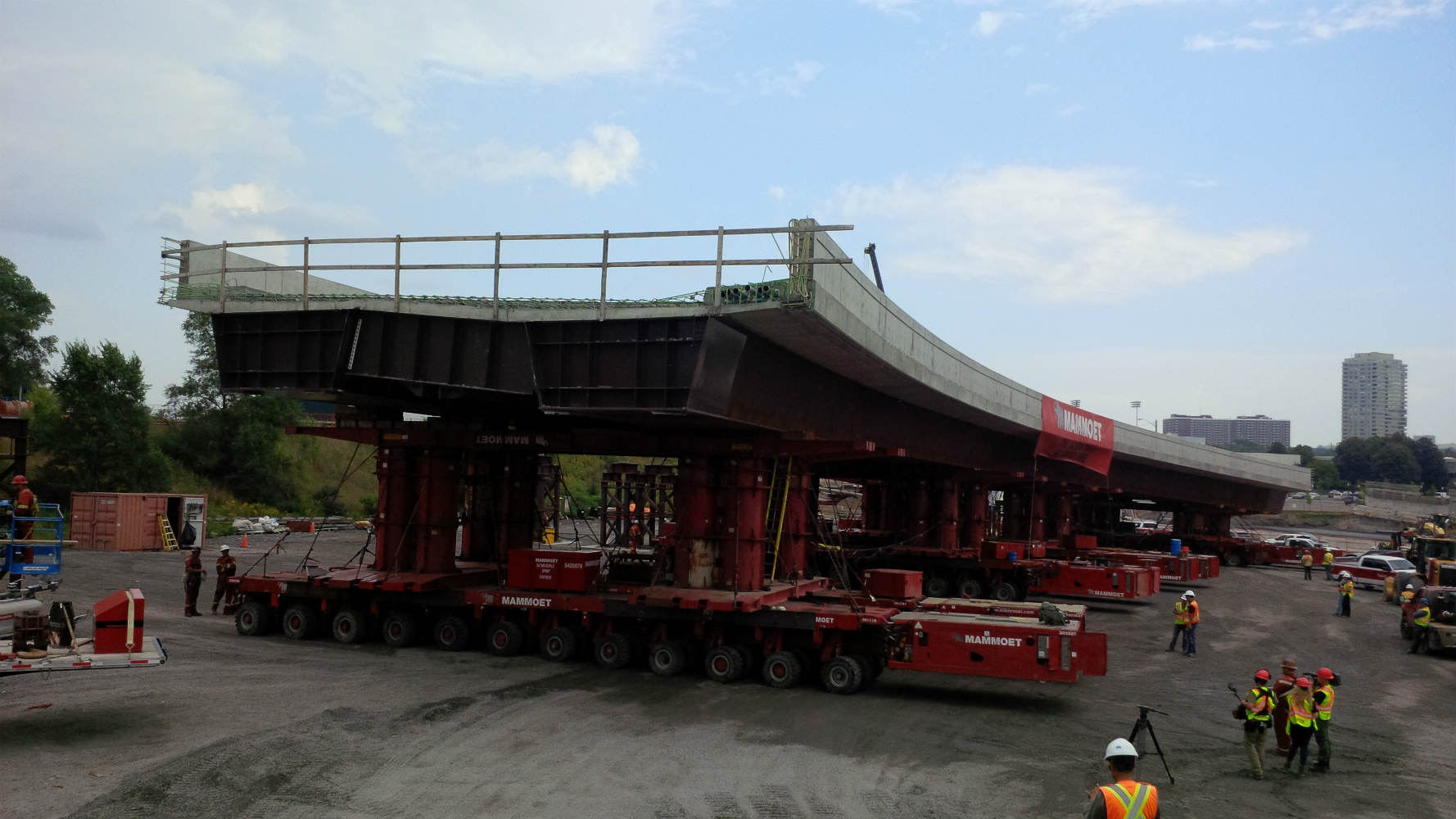 The company replaced a 2,100 ton bridge over one of Ottawa’s major highways. Work was completed in only 2.5 hours, according to Mammoet.

“Originally planned to take between four and six hours, the operation was conducted flawlessly and was completed ahead of schedule, allowing the city to reopen the busy thoroughfare as planned,” according to a statement.

The new bridge’s design provided for a particularly complex lift. It included a curved shape, making it more difficult to align the transporters beneath the bridge, and the move was completed over a curved section of the highway. The 85 meter length and 2,100 ton weight of the bridge added to the challenge.

Using a 96-axle self-propelled modular transporter (SPMT) trailer, the bridge was successfully installed within the planned timeframe. The SPMT is a platform vehicle co-developed by Mammoet and Scheuerle and widely used for its exceptional weight-bearing capabilities, its versatility and its capacity to keep the load level under any circumstances.

“This heavy lift project was well planned and executed and an excellent example of the teamwork required to deliver the Highway 417 component of the OLRT Project. This project was another first in North America; the heaviest lift of a multi-span structure over a freeway to date,” stated Steve Cripps, P. Eng, Director, Rail Implementation Office, City of Ottawa.