Some characteristics of Rockfon stone wool acoustic ceilings include: fire performance that must be seen to be believed; resistance to moisture, mould and mildew; insulation and reflective properties that maximize natural lighting and help reduce energy costs; and unparalleled acoustic performance that doesn’t sacrifice the aesthetics interior designers want.

Morin Bros. was founded by siblings Claude, Gerald and Daniel, and the firm specializes in ceiling, drywall, insulation, steel studs, openings and exterior finishing systems. Over the past 28 years, Morin Bros. has become the source that contractors, architects, engineers and designers can rely on for their most challenging and ambitious projects.

Morin Bros. is a local distributor for the beautiful and versatile metal ceiling systems from Chicago Metallic. Rockfon, a long-established name in Europe, has made its foray into the North American market through the acquisition of Chicago Metallic. 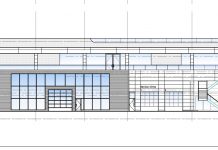 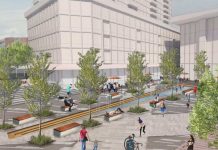