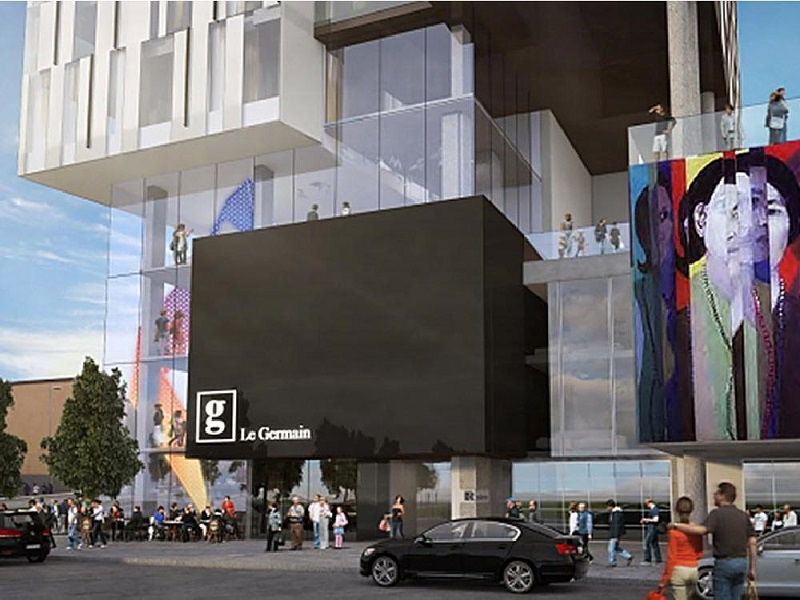 The City of Ottawa has selected a consortium of three Quebec-based firms to complete the $100 million Arts Court  and Ottawa Art Gallery redevelopment.

City staff have supported the proposal, which will also accommodate University of Ottawa (UofO) programs, from EBC Inc., DevMcGill and Groupe Germaine, beating out two other finalists.

At OCN’s press time, the city’s finance committee still needed to sign off on the proposal, followed by city council’s approval.

Construction should start in late December, with completion of the Ottawa Art Gallery and UofO spaces anticipated for February 2017, with the overall project completed later in the year.

The site will include a private-sector development of a 21-storey mixed-use tower at 60-70 Waller St., with condos above a boutique hotel on the first 12 floors.

The staff report says the project includes a $41.7 UofO and city investment.  The private sector will invest $60 million, bringing the overall project to more than $100 million. 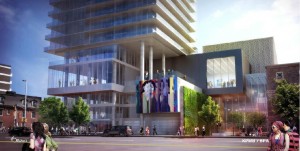 The space will include a 100-seat theatre and four university classrooms, as well as a 250-seat multi-purpose and film screening room.  The Arts Court space vacated by the gallery will be repurposed, and connected to the new building on four floors.

EBC Inc. is a construction company based near Quebec City, DevMcGill has developed condos in Montreal, and Groupe Germaine is a Quebec City hotel operator.  The Group Germaine website says the company will open a 148-room Slater St. hotel in 2016. 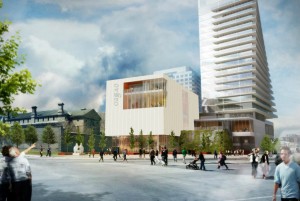