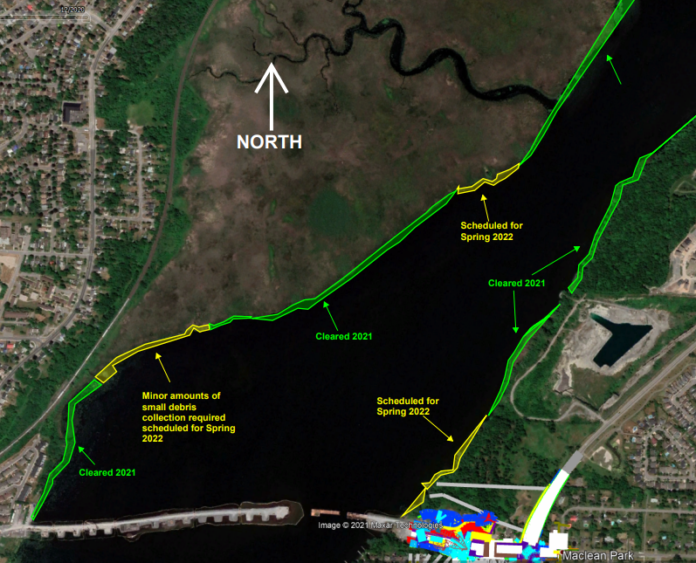 A Kingston man is concerned about the welfare of animals that he says are eating pieces of styrofoam that has floated away from the Third Crossing bridge construction project.

Carl Hanna says while walking along the Cataraqui River shoreline he’s found several dead animals this spring and has cleaned up the area near his house multiple times where styrofoam continues to wash up.

“This spring some residents have noticed styrofoam along the shoreline that is related to the construction of the Third Crossing. The project team takes this matter very seriously and has been involved in cleanup efforts,” city staff wrote in a statement.

The original clean-up approach by the city focussed on raking and netting the Styrofoam, but that has been modified to using blowers and vacuums in conjunction with skimming and netting in affected areas

Styrofoam is being seen in the river due to one particular aspect of the massive construction project.

“A floating turbidity curtain is installed in the water along the length of the work site. It keeps work inside of the curtain to minimize disruptions to aquatic wildlife. The yellow curtain is kept afloat with covered foam blocks and over the winter muskrats chewed the blocks releasing foam pieces into the water,” city staff explained.

Ice conditions during the winter limited maintenance activities for several months and now the project team has begun clean-up efforts in the river and on the shoreline.

“In addition to active cleanup measures, repairs are being made to damaged curtains and new curtains are being installed in high priority areas. The project team is continuing to monitor this closely and has a dedicated crew allocated to working along the shorelines collecting foam and debris.” 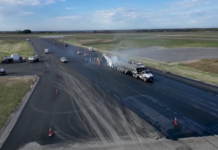 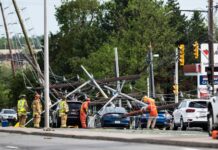