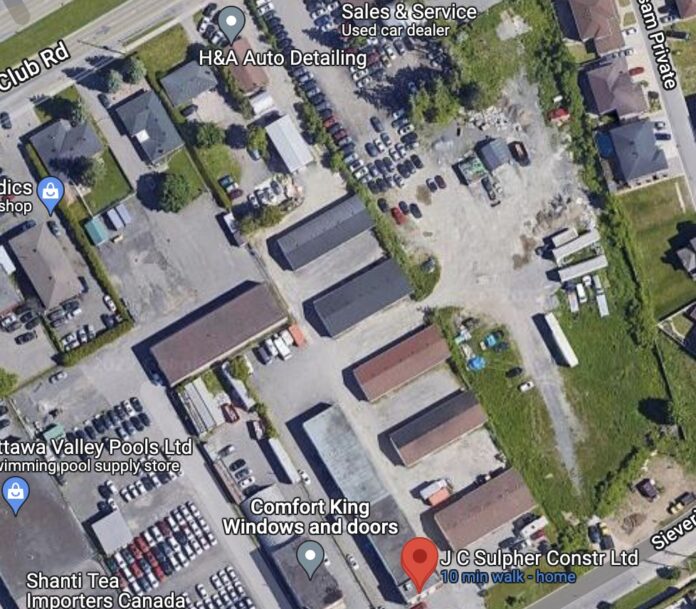 A proposed medical boarding building for Nunavut residents has attracted opposition from several residents of the south Ottawa neighbourhood where organizers want it to be located.

More than 260 people attended a three-hour virtual public information session on April 26 and many expressed opposition to the six-story structure, including local city councillor Diane Deans, who is expected to run for mayor this fall.

The planned Larga Baffin project, on a former industrial/warehouse site that preceded the build-up of the Upper Hunt Club residential subdivision in the 1990s, would house Nunavut residents requiring specialized medical care in Ottawa.

“Medical travel is the only means available by which (Nunavut) residents can access medical services the rest of the country takes for granted,” Larga Baffin Ltd. board chairperson Harry Flaherty told the meeting.

Diane Deans, representing the Gloucester-Southgate Ward, said she does not support the application “in its current form.”

“Like many in the community, I believe the building is grossly oversized both in height and in its footprint,” she said.

Some neighbours fear that Larga Baffin will bring excessive traffic into their single-family home community. (The planned project is on the edge of the community and currently contains storage warehouses, a construction company office, car lots, and light industrial activity – representing businesses that operated in the area before the neighbouring community was built up about 25 years ago.)

Larga Baffin is currently using a building on Richmond Road, which can accommodate 195 patients, but Flaherty says many visitors need to stay in hotels because of overcrowding there.  Torza said the new structure would be closer to the airport and Ottawa medical facilities, with a capacity of 220 rooms accommodating 350 patients.

Several neighbours said they have concern about the building’s size and height, a perceived lack of community consultation from Larga Baffin representatives, and public safety in nearby parks from transient residents.

“I bought this house here and I spent a lot of money on this house,” said a woman who identified herself as Madeline on the Zoom call. “I can’t move anywhere else, so I’m just saying it’s not fair that the city will amend the zoning without considering the existing residents… We were here first,” she said.

Not everyone opposed the project, however.

“Larga Baffin is a wonderful established joint venture,” said Janine Flood. “They have a long history already of being extremely good at what they do, and I’m very excited that they’re going to be in this community.”

She said “a facility like Larga Baffin is needed so Nunavummiut receiving medical treatment can be close to loved ones,” the Nunatsiaq News reported.

“What I’m asking all of my neighbours to understand is how important and how wonderful Larga Baffin is and how special, what a gift it is, how lucky we are to have them come to our community,” Flood said. “I’m just asking everyone to be reasonable and to be willing to be accommodated.”

Deans said after reviewing the application and listening to community feedback, municipal staff will make a recommendation to the city’s planning committee which will decide whether to recommend approval of the plan to city council.

However, no date has been set yet for when the proposal will go before Ottawa’s municipal planning committee.

Ottawa’s brownfields grants under review after city approved $90 million in...