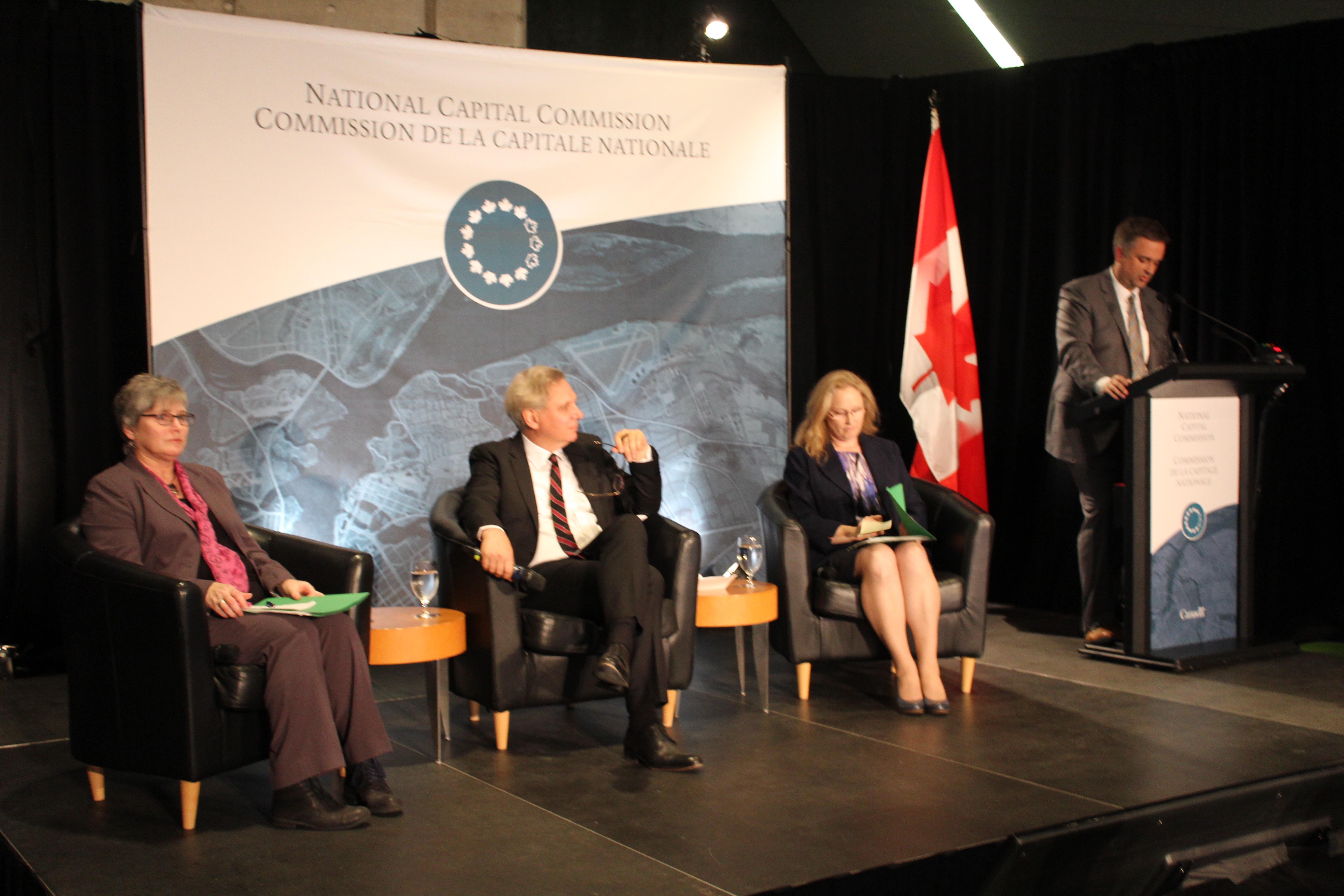 The National Capital Commission is weighing and reviewing 12 possible sites for the new Ottawa Hospital Civic Campus, and, at a public consultation session on Sept. 22, received a mouthful of complaints from agricultural advocates opposed to any plans to relocate the hospital to the nearby Central Experimental Farm.

NCC CEO Mark Kristmanson and key staff involved in the site review process said the decision on which of the sites to recommend for the $2 billion project will be made by the end of November.

The previous Conservative government had given the hospital the go-ahead to build on the farm property directly across from its current Carling Ave. site, but the new Liberal government asked the NCC to review alternative choices.

More than 400 people attended a public consultation session at the National War Museum.  While most of the speakers were advocates for the Central Experimental Farm and said none of the farm property should be converted to hospital use, others said the best location for the new hospital will, indeed, be the farm. (The NCC review has identified four sites within the Central Experimental Farm that could be redeveloped, along with other sites ranging from the Booth St. Complex and Tunney’s Pasture, to lands on Hunt Club Rd. and near Hwy 416.)

Kristmanson asked the audience to be respectful after Gatineau farmer Bob McClellan suggested the NCC doesn’t know anything about farming.

“This is science. This is an outdoor lab,” said McClellan. “Who is going to be evaluating this? What are their competencies in climate change research, soil research, crop research? I know you can hire all the flunky consultants you want but what I would rather have is… people who are fellows of scientific societies.”

“First of all there’s a very determined and serious group of people working on this,” said Kristmanson. “There are no flunky consultants. I actually won’t tolerate much of this.”

A woman interrupted and shouted from the crowd, “Do you have any knowledge of agriculture?”

“No, excuse me,” Kristmanson said. “If you want to make comments you can come to the mic.

This is a forum where we should have respect for the people involved. There is no one involved who is a flunky and I really take exception to this.”

However, there were supporters for the originally proposed site or others within the farm area. Resident David McDonald said he owes his life to being treated at the hospital.

“I just have a hard time remembering the last time a cob of corn saved my life. So I support site nine (on the west side of the farm along Carling Ave.).”

There were observations that the hospital requirements include excessive and surface parking, and that only a few of the potential 12 sites are close to public transit.

Kristmanson said he had heard a lot about the farm and wanted to hear about other topics.

“We’ve obviously heard a lot about the public science and the importance of the Central Experimental Farm, and we’ve got that,” said Kristmanson. “But we are interested in what people have to say about the other criteria. We’re talking about the size of the hospital; we’re talking about a connection to transit.”

Once online public consultation concludes on Oct. 6, the NCC evaluation committee will decide on the best location.

The NCC’s board of directors will see the results of the site review process at a Nov. 23 public meeting. The recommendation will then be submitted to the Minister of Canadian Heritage for a decision.

Here are the 12 sites. The NCC says these are not listed in ranking order.

Is a condo bust on the way?