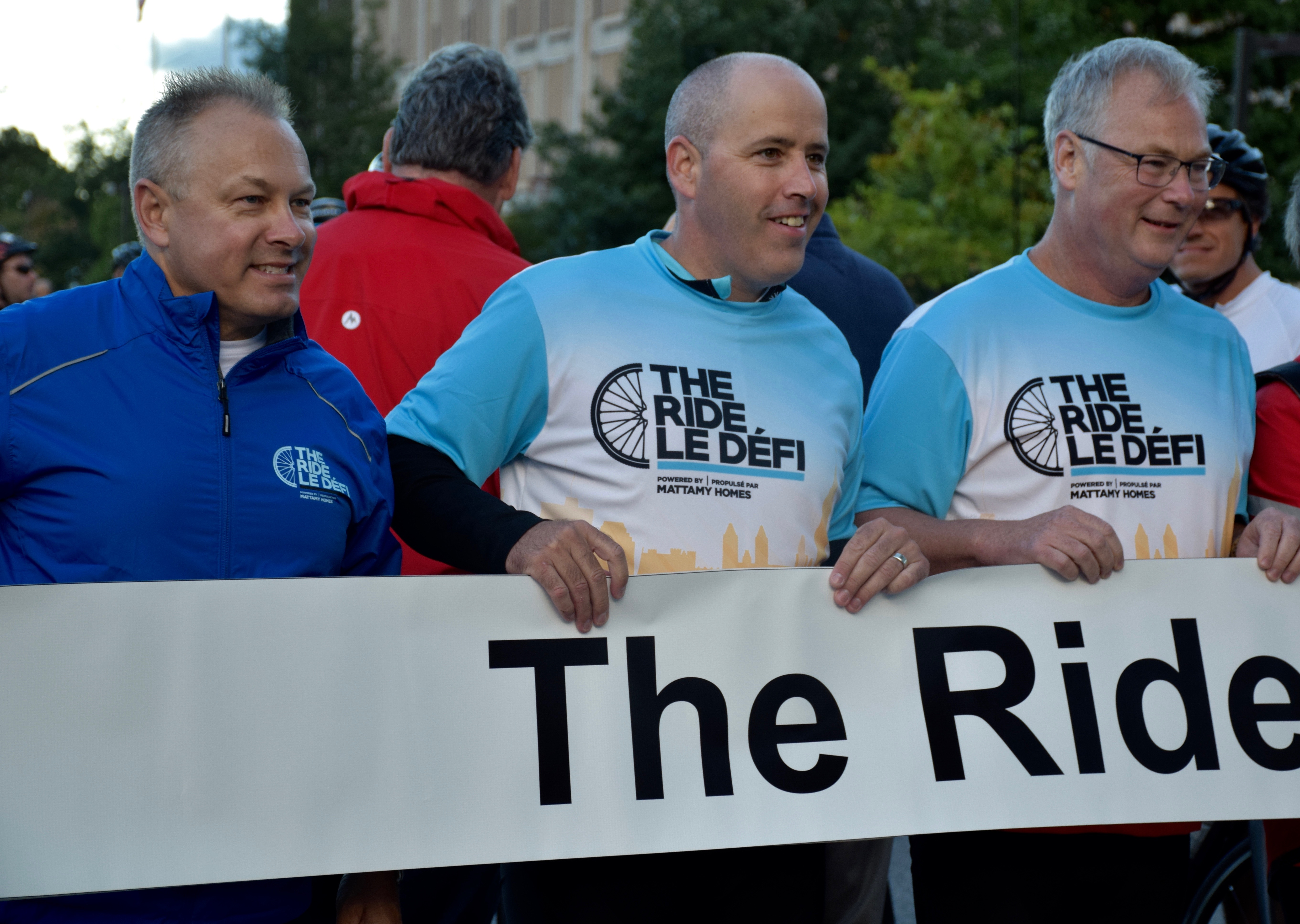 There was blue sky; the perfect temperature but also a strong wind to challenge hundreds of cyclists venturing out on the seventh edition of THE RIDE. While those riders pedalled through the fierce winds, it didn’t deter them because they knew their mission was to support cancer patients in Eastern Ontario who were battling something fiercer – cancer.

After months of fundraising and training, more than 500 cyclists came together at Tunney’s Pasture for Ottawa’s premier cycling fundraiser supporting innovative cancer research at The Ottawa Hospital. As the banner was unveiled in front of riders, before they started their journey, you could hear the amazement ripple through the crowd when it was revealed $1.314 million had been raised. This brings the seven-year total to more than $11 million.

As incredible as that number is, it’s even more remarkable that six teams from Ottawa’s construction industry helped raise nearly $463,000 of that. It’s companies like THE RIDE’s title sponsor, Mattamy Homes, which have a real impact on this event.

Kevin O’Shea, Mattamy Homes division president, says it’s a motivating event in so many ways. “Not only does it inspire our team because of the money raised for cancer research right here in Ottawa but THE RIDE also brings together our employees, their families and encourages improved health and wellness and participation in the community that we all live and work in.”

Back again this year was the powerhouse team lead by Robert Merkley, of Merkley Supply, one of the founding fathers of THE RIDE. The Brick Peddlers, often the size of a small community, was powered by 74 cyclists this year. The Boone Flushers also returned, with Luc Des Rosiers of Boone Plumbing and Heating as team captain, and another strong supporter of this event since its inception.

When you add in enthusiastic teams from Valecraft Homes, Black and McDonald and BBS Construction, Ottawa’s construction industry makes a strong statement with its commitment to a cause which affects nearly everyone. A cause which inspires us to help fund new therapies, some of which have already benefitted patients in our community.

The day culminated with a celebration back at Tunney’s Pasture with live music from Highway Sunrise and Lucky Ron. Teams came together one last time to look back at the months of bonding and will go forward knowing they will had an impact on the future care of cancer patients. They have helped to power the revolution of cancer research at The Ottawa Hospital.

And now, plans are already taking shape for the 2017 edition of THE RIDE. Details coming soon at DoTheRide.ca.

Shelley McLean is a communications officer with The Ottawa Hospital Foundation.