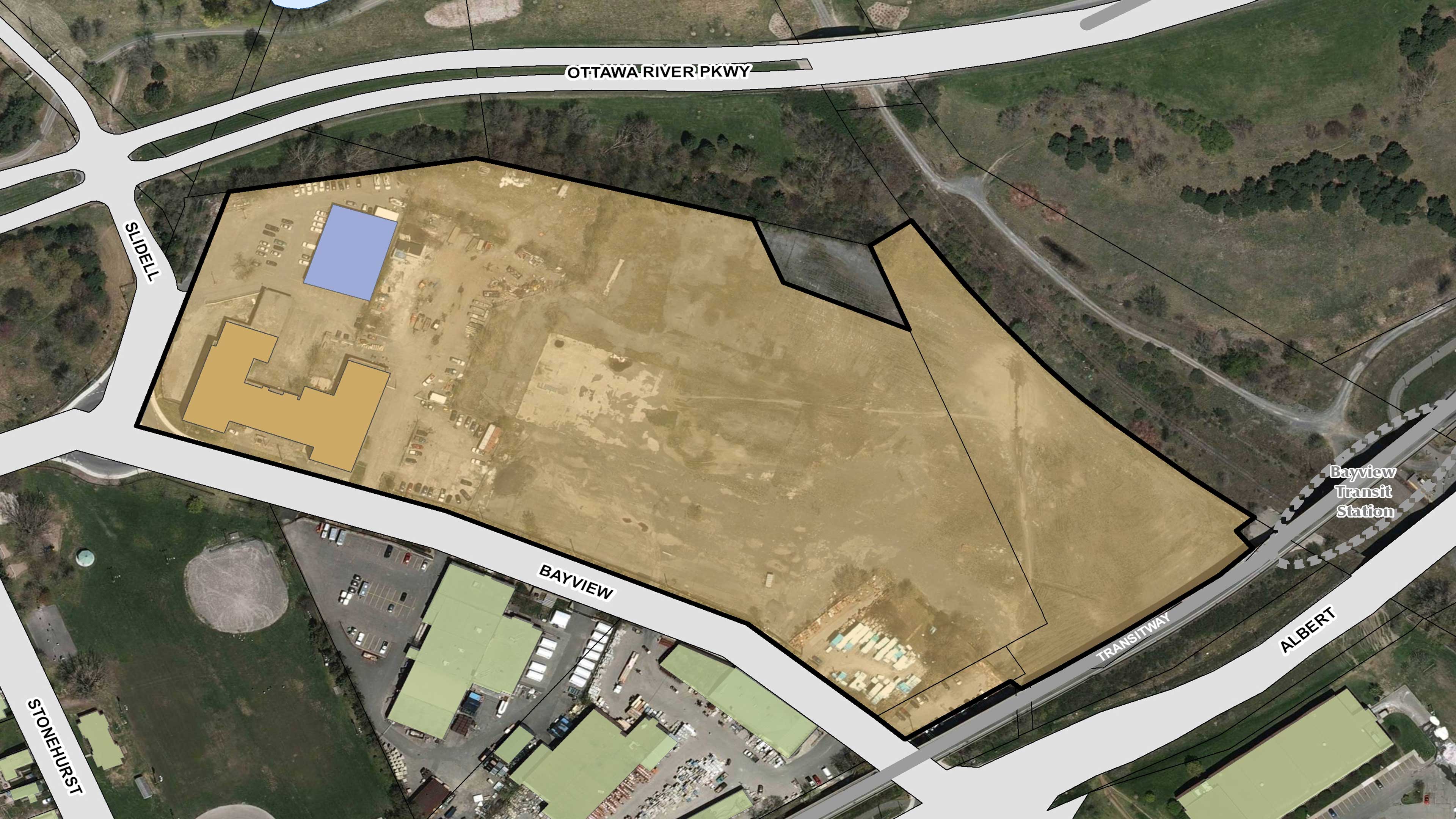 City plans mix of residential, recreational and commercial use for brownfields site

The provincial government announced in January a $15 million grant to establishh an “innovation complex” at the Bayview Yards site near Mechanicsville, the first stage of what is expected to be a major redevelopment of the brownfields site.

The proposed development around the new LRT/O-Train transit node will include a business incubation and acceleration space, with complementary government, private sector and non-profit agency use.  Invest Ottawa, the city’s economic development service with a focus on entrepreneurial development, foreign direct investment and business retention and expansion, will use the space to house start-up businesses.

The 6.73-hectare parcel of city-owned land, including Bayview City Works Building #4, “will include a mix of residential, recreational, and commercial use including the innovation complex and a potential multi-purpose studio.

“The creation of an innovation complex at the site, incorporated into a mix of residential and commercial uses, will be an economic driver of great benefit to local communities and to the entire city,” Mayor Jim Watson told the news conference, also attended by infrastructure minister Bob Chiarelli.  “The funding from the province, along with considerable assistance and in-kind contributions from the city, is testament to what working together can accomplish.

The best location for the innovation complex and proposed complementary uses of the remainder of the site will be determined by a municipal development corporation overseeing the entire development site within the context of a city-council approved Community Design Plan (CDP), anticipated in mid-2013, a city news release said.  “The municipal development corporation created for this purpose would have a small board of directors with representation from the city, funders and experts from the private sector.

The city says the goal is to open the innovation complex in time to move Invest Ottawa there by the end of its current lease at 80 Aberdeen street.

Tories promise to revive home renovation tax credit (but with a...