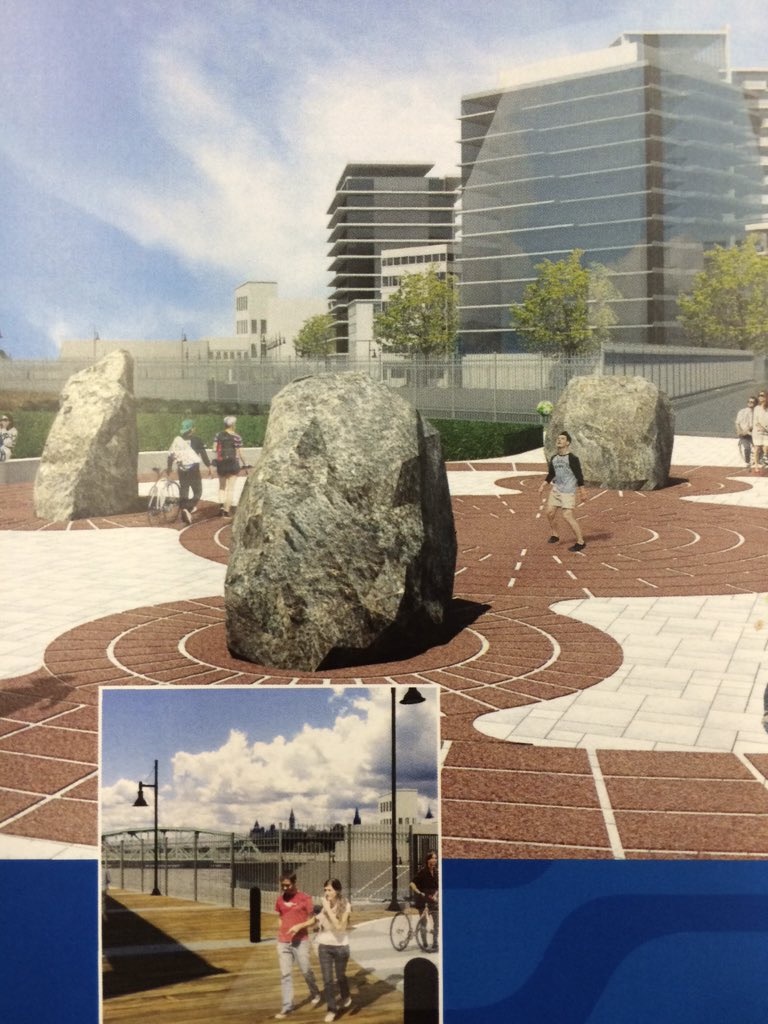 Hydro Ottawa, through its affiliate Energy Ottawa, has started work a new 29-megawatt hydroelectric facility at Chaudiere Falls to provide energy to 20,000 homes per year.

The project is expected to cost more than $150 million. Excavation work has started for the underground project, designed to avoid obstructing the Chaudiere Falls views.

“For the first time in 100 years we’re going to be providing open access to the public,” said Energy Ottawa chief operating officer Greg Clarke. “This has been an area that has been secured behind fences as part of Domtar’s paper mill, but for the first time in 2017, people are going to be able to come down here, enjoy this wonderful site and have open access to the falls.”
Hydro Ottawa says it has conducted consultations with local First Nations groups for the project.

“We did extensive consultation to recognize the importance of the area’s First Nation’s people in the project right from the beginning,” said Clarke. “We presented plans to talking circles and have been in close collaboration ever since.”

The project’s renewable power will feed into the provincial grid, reducing greenhouse gas emissions by 115,000 metric tons of CO2 per year. It will be completed in 2017.