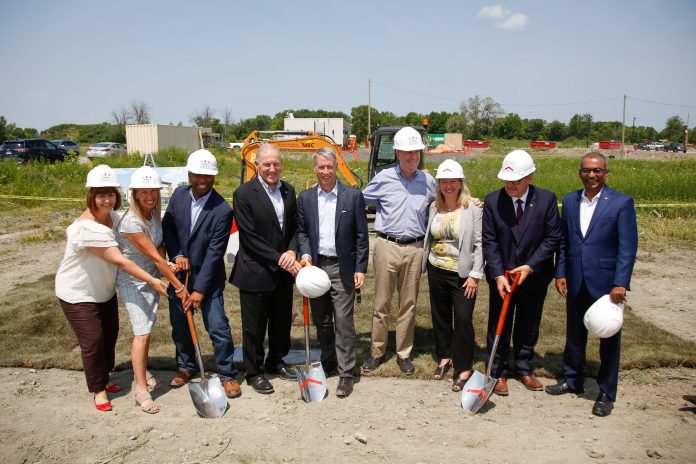 Ground has broken on a $11.5 million, 40-unit residence for homeless veterans at the former CFB Rockliffe base in Ottawa.

Donations to the Multifaith Housing Initiative (MHI) have covered much of the cost, but the federal government is contributing $6.5 million for the structure designed by  CVS Architects Inc. in Ottawa. (Stantec Consulting Inc. is also working on the project.)

The three-story structure on Mikinak Road will take about 14 months to complete.

“We’ll be bringing veterans in from shelters, we’re going to bring them in from the streets,” MHI executive director Suzanne Le said at a news conference at the site. “We will wrap them with the supports that they need to be to be successful people once again, to be proud of who they are and what they’re doing.”

“This will be the first of its kind in Canada, ßand I think everyone should want to have more of these across Canada to better give love, support, care and infrastructure to those veterans who come home broken in mind, body or in spirit,” said Andrew Leslie, the Liberal MP for Orleans and a retired Lieutenant-General with the Canadian Forces.

Suzanne Le indicates the vision is to turn the  project into a prototype for similar resources across the country. “We need veterans to know we are grateful for their service and that we have not forgotten them,” Le said.