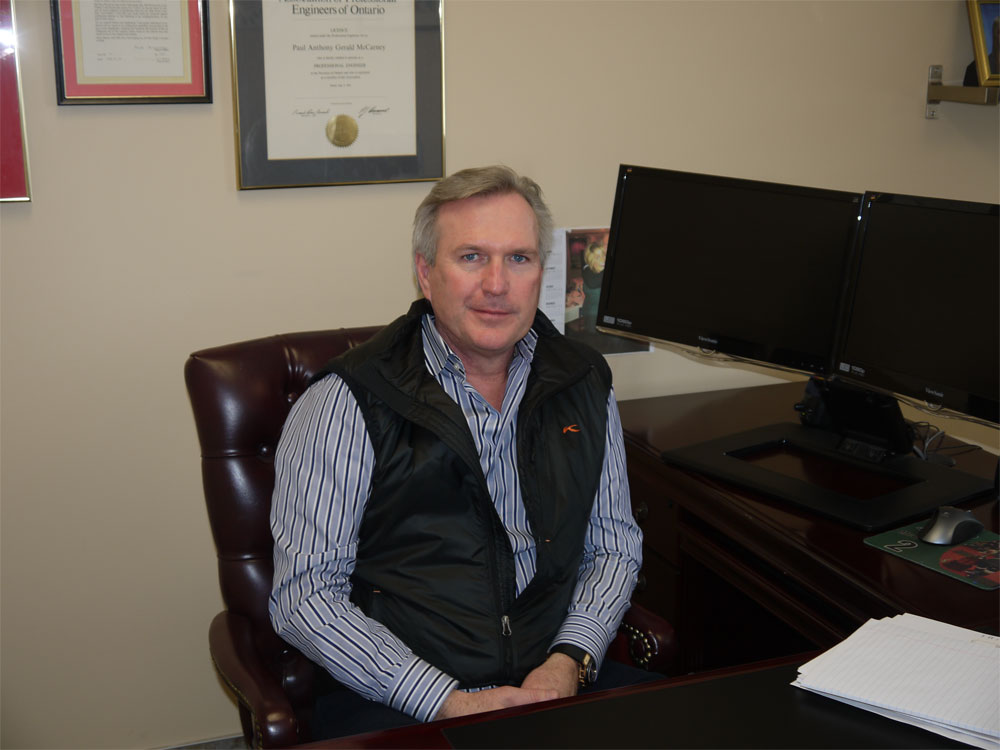 Paul McCarney, the 2013 Ottawa Construction Association (OCA) chair, has achieved the “Freedom 55” financial independence dream, but he is about to put in some intensive work this year as OCA leader, while supporting some charitable causes close to his heart.

McCarney, 51, says his employment contract continues until he is 55.

Among community service initiatives, McCarney has taken the lead in chairing the major gifts cabinet of Christie Lake Kids, and organized a major improvement to the camp in 2011.  He says he will continue working this year with Christie Lake Kids, which provides opportunities for disadvantaged children, while also supporting the Do-it-for Daron (D.I.F.D.) Movement for youth mental health at the Royal Ottawa Hospital.

“I would say I spend about 20 hours a month” on these community projects, McCarney said.

“I want to ensure CLK has some funds in reserve for a rainy day, and more importantly can deliver and enhance programming to more kids and can add a fourth two week summer session at the camp.”

McCarney has the good fortune to lead the OCA as the association  and local construction industry is prospering.

“These are existing times for our local industry,” he said.  Business is booming.  Building-permit volumes are higher than they have ever been, the light rail project is poised to begin, and our municipal government has show a strong commitment to funding the development and maintenance of local infrastructure projects.

He said he plans to continue dialogues with municipal officials to plan, stage and execute construction projects of all sizes and types across the city, advance the OCA’s commitments to educating members, refining standard practices and promoting professional ethics, and advocate for the importance of a long-term sustainable infrastructure funding strategy from all government levels.

McCarney said the OCA will continue to advocate to end the College of Trades.  While this means the OCA will not rejoin the Council of Ontario Construction Associations (COCA) because the provincial association continues to have a neutral stand on the college, he says there are many opportunities to work with a diversity of other associations and groups to advocate about issues of relevance to the construction industry.

“Most member firms are highly committed to safety,” he said.  “We do our most to create a safe environment and eliminate job site accidents and incidents.

“We can drive our incident rate down, and costs down, but the WISIB rates continue to increase, and its unfunded liability has been increasing, almost to the point of being bankrupt or insolvent.”

McCarney, a civil engineer, says he is fortunate that civil engineering work cannot be sent offshore.  He graduated from Carleton University in 1985, working at Campeau Corporation before joining Graydex Ottawa Inc. as a construction supervisor and estimator in 1987.  He became a partner in the sewer and watermain business in 1990, gradually acquiring larger ownership stakes in the company until he became its majority owner in 2006, before selling the business to Tomlinson last year.

He fist volunteered for the OCA’s board of directors in 2007, serving on its entertainment and standard practices committees.  He joined the board’s executive committee in 2009.  He is also past-president of the National Capital Heavy Construction Association (NCHCA).