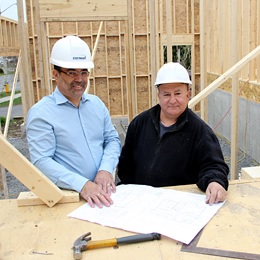 As required by the Building Code Act, all costs for enforcement must be entirely recoverable through building permit revenues, meaning no additional burden will be placed on Ottawa’s taxpayers.

Building inspection fees were reduced in 2016 when the city appeared to have sufficient staff and resources — and plenty of cash — to administer approvals. But with the growth in the local economy, things have become truly bogged down and there are reportedly serious delays.

“The city is being challenged in meeting its legislated timelines and enforcement activities,” the report recommending the hiring says.

Our city’s planning department, of which the building-inspections branch is the single biggest part, didn’t plan properly and instead of using some of the millions of stockpiled dollars it had to get ready for a lot more work, it convinced councillors to approve cheaper service.

The inspections branch is currently budgeted for about 80 inspectors and 175 total full-time-equivalent positions, so it’s seeking a big staffing boost. The examinations new buildings and major renovations are supposed to get to make sure they’re safe are done late. Getting plans approved takes longer than it should — longer than it’s legally allowed to take, in more and more cases.

The city says in its news release that it has seen an increase in construction activity and needs extra staff to help process applications and enforce the act. The added positions would ensure the branch has the resources it needs to get this work done in a timely fashion, the city said.

A question, however, is how quickly and easily the city will find the individuals with the correct skills and certifications.

Meanwhile, the planning committee approved an Official Plan amendment needed to bring the Kanata Highlands into the urban area. The 60-hectare parcel at 820 Huntmar Dr. is at the west end of Ottawa’s urban area. The site was approved as an urban expansion area through the resolution of an Ontario Municipal Board appeal to Official Plan Amendment 76.

A comprehensive study report and environmental study will guide development in a way that protects sensitive environmental features, including a Blanding’s turtle habitat. The turtles are a protected species and use the site seasonally to cross from one habitat to another. The plan for the site includes maintaining a corridor of lands for the turtles to cross. Ownership of the corridor would go to the city for conservation, once the site is developed.

The committee recommended two zoning amendments that should see new residential subdivisions in the city’s suburban areas. The first would allow development of phase four of The Meadows subdivision in Barrhaven south, on the west side of Greenbank Road and south of Cambrian Road. City Council will consider this item on Wednesday, Sept. 12.

The second would permit development of the vacant lands north of Barnsdale Road and west of Greenbank Road with a range of housing types, schools, parks, stormwater management and a park and ride.

Except where noted, items approved at the Sept. 11 planning committee meeting will go to Council on Wednesday, Sept. 26.