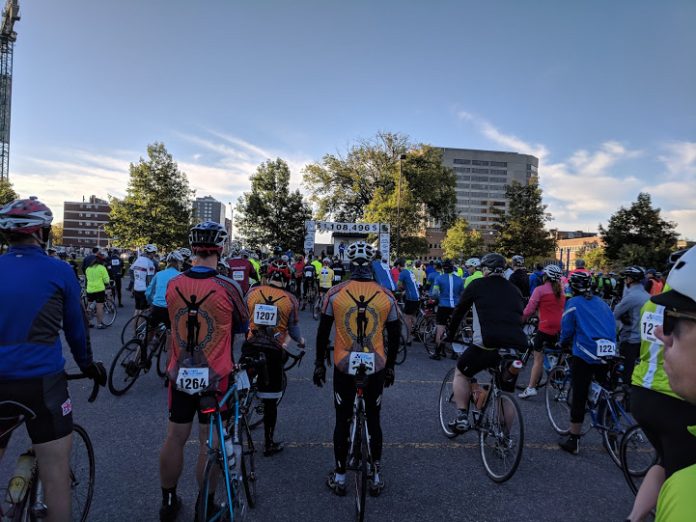 Ottawa’s construction industry continued this year to be the leading contributors to The Ride, supporting cancer research at The Ottawa Hospital.

The Sept. 9 event, where about 600 cyclists raised $1.1 million, has been held for nine years after a 2010 initiative by Merkley Supply Ltd.’s Robert Merkley, and Minto’s Robert Greenberg. Since its inception, the fund-raiser has collected more than $12.5 million for the hospital.

Ottawa Hospital Foundation president and CEO Tim Kluke said as the riders set off on the journey that “a great research enterprise also helps us recruit great physicians from around the world who want to come to Ottawa and practice medicine here which benefits the entire community.”

“The research that’s happening today at the OHRI is going to lead to new therapies, new cures for diseases we’re all at risk for,” said Dr. Curtis Cooper, representing the The Ottawa Hospital’s Research Institute.