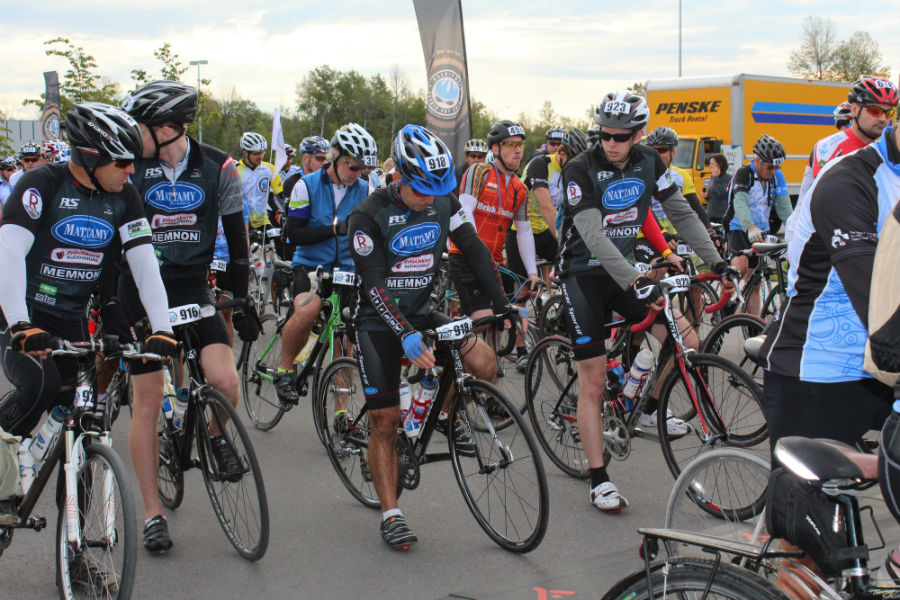 Mattamy Homes takes on title sponsorshiop for Ride the Rideau

When Mattamy Homes first got involved with Ride the Rideau in 2012, they were a cozy team of five. But like many event participants, the event grew on them. Inspired by the cause and captivated by the well-organized event, the team decided to up their involvement.

Two years later, the team has grown to more than 20 riders, and Mattamy Homes has taken the reins as title sponsor of The Ottawa Hospital Foundation’s signature fundraiser.

Ride the Rideau is a natural fit for Mattamy Homes, Canada’s largest new home builder, said Peter Gilgan, Founder and CEO of Mattamy Homes. Based in Toronto, Gilgan, who is an avid cyclist, recently signed up to do the 100-mile ride in Ottawa alongside his staff.

“Ottawa has always supported Mattamy,” said Gilgan, “and we want to give back where we build.”

According to the Canadian Cancer Society, cancer is the leading cause of death in Canada and is responsible for 30 cent of all deaths. An estimated 191,300 new cases of cancer and 76,600 deaths from cancer will occur in Canada in 2014. The proceeds from Ride the Rideau support the groundbreaking cancer research that will save or improve the quality of life for many. 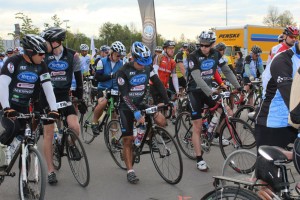 In its fifth year, Ride the Rideau will be held Saturday, Sept. 6. It features a brand-new 100 mile distance this year, in addition to its popular 50 km and flagship 100 km rides. All distances feature new routes, departing from and returning to Ottawa’s EY Centre, making it easier for family, friends and fans to cheer riders on at the start and finish.

The Ride grows each year, continues to be the top cancer fundraiser in Eastern Ontario. In just four years, has raised over $6.45 million in support of cancer research, including the development of personalized therapies for cancer patients and clinical trials at The Ottawa Hospital.

“This is definitely something that we’re proud to be a part of,” said Mark Parsons, president of the Ottawa division of Mattamy Homes. Parsons and team captain Mattamy senior project manager, land development Mike Green, both avid cyclists, are leading group rides so all team members will be comfortable with their conditioning on the day of the ride.

“Since we decided to take on the title sponsorship, we were looking for greater employee participation,” said Green. “We knew the fundraising aspect would be a challenge, but wanted to assure those participating of the company’s support and to give a certain comfort level with all aspects of the ride.”

During the winter, Green set up a spin class though Goodlife twice a week. Now that it’s summer, training has moved outdoors in the form of a weekly cycling group.

In addition to riding, Mattamy Homes employees, including Michael Winiarz, vice-president sales and M=marketing, will be volunteering at the event and are manning one of our pit stops to help keep riders fuelled, inspired and comfortable along the way.

Mattamy Homes is no stranger to supporting causes like Ride the Rideau. The company has a long history of supporting community efforts and charities across Canada and the U.S. that contribute to people living healthy and productive lives.