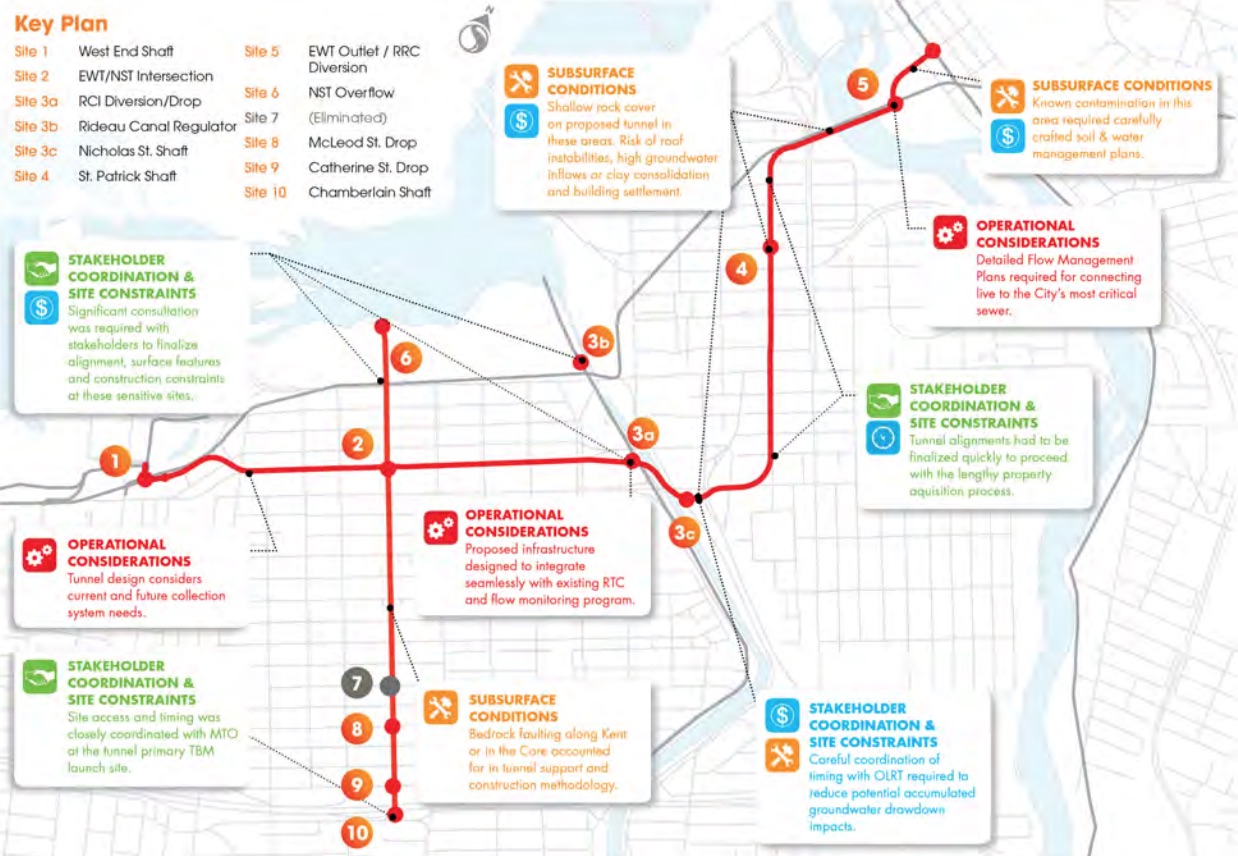 Representatives of the  three levels of government staged a media event in early October to announce that more than $232 million in government funding will go to a project to construct two tunnels to control Ottawa River sewage outflow.

There will be an east-west tunnel through the downtown core from LeBreton Flats to New Edinburgh Park, and a north-south tunnel along Kent St. from Catherine St. to existing infrastructure, just behind the Supreme Court of Canada.

A news release says this project will greatly reduce the frequency of sewage overflows into the Ottawa River during storms, reduce the risk of basement flooding for several low-lying lands in the Glebe/O’Connor area, and increase operational flexibility and redundancy to major collector sewers. Once rainfall has subsided, this water will be treated and returned safely to the Ottawa River.

Dragados Tomlinson Joint Venture has been selected as the construction team for the Combined Sewage Storage Tunnel (CSST).

Construction has already begun on the project.  The governments of Canada and Ontario are each providing $62.09 million. In addition, the City of Ottawa has committed $107 million.