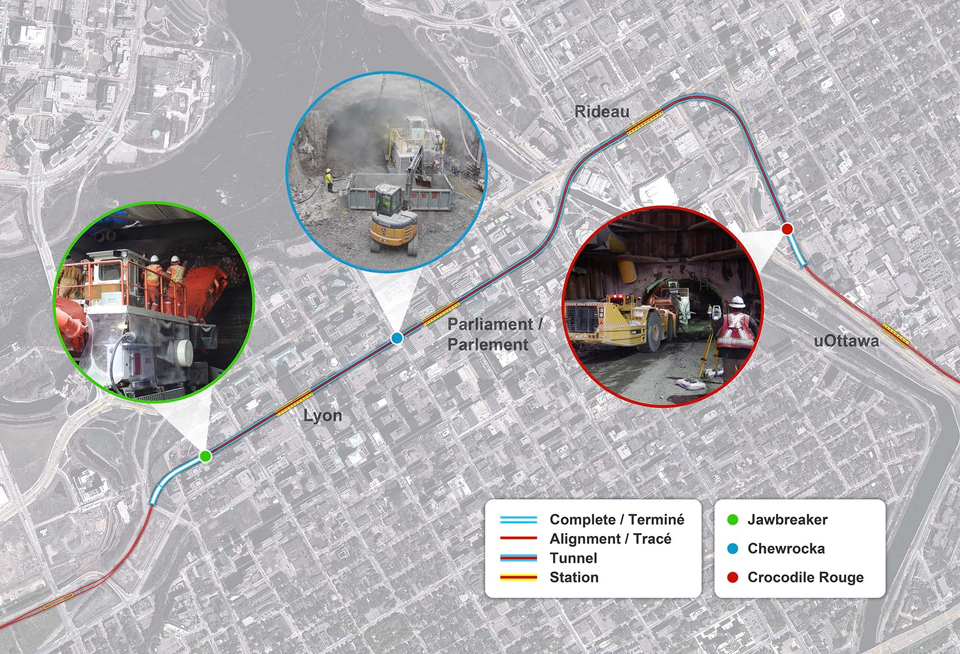 Mining of the 2.5 kilometre tunnel for the $2.1 billion Confederation Line light rail transit project is proceeding on time and on budget with 10 per cent of the tunnel excavation now complete, the City of Ottawa has announced in a news release.

“At the west portal in LeBreton Flats, the machine named Jawbreaker has carved out 228 metres of tunnel and is currently digging under Queen Street just west of Bay Street,” the city news release said. At the east portal near the University of Ottawa and Laurier Ave. E., “Crocodile Rouge has mined 22 metres towards Rideau Street. Mining at the central shaft near Queen and Kent streets by the machine called Chewrocka has just begun over the last two weeks with seven metres of the gallery that will lead from the construction shaft to the tunnel excavated to date.” 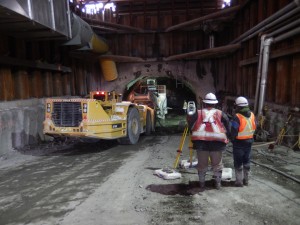 “It is a pleasure to see that this project is proceeding on track,” said Ottawa—Orléans MP Royal Galipeau. “I am confident that this important federal investment of up to $761.5 million for transit will be well spent and deliver great results for Ottawa residents, the business community and our visitors from across Canada and around the world.” 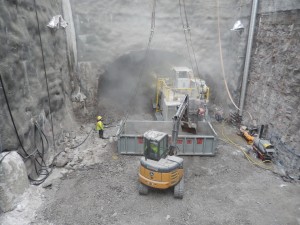 “The Province of Ontario is a proud supporter of Ottawa’s Confederation Line, and I am pleased to see that construction is moving forward on schedule,” said Yasir Naqvi, MPP for Ottawa Centre. “This project will help move people quickly and efficiently across our city, improve air quality, and benefit generations to come.” 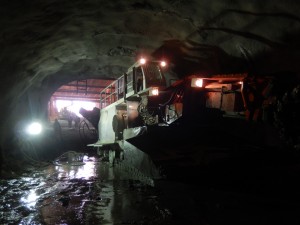 “Four years ago, the future and the budget of this project were uncertain. Today, we have reached a major milestone for tunnel construction,” said Ottawa mayor Jim Watson. “I’m very pleased with the progress that we’ve made to date, less than one year after the final contract was signed.”

The Government of Canada is contributing $600 million to the project through the Building Canada Fund. The City of Ottawa will also allocate up to $161.5 million of its federal Gas Tax Fund transfers to this project. The Government of Ontario is contributing up to $600 million. In addition, the City of Ottawa will allocate $287 million of Provincial Gas Tax receipts to the capital infrastructure. The remaining project budget funds will come from development charge revenues and transit reserves. 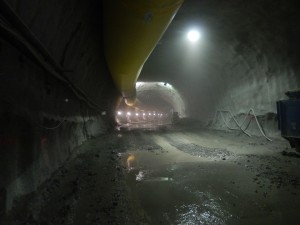 This project is the first stage in Ottawa’s future rail network. The 12.5-kilometre electric light rail system replaces existing diesel powered buses, providing rapid transit between Blair Station in the east and Tunney’s Pasture in the west. The route includes 13 stations and a 2.5-kilometre tunnel that will alleviate congestion through the downtown core. For more information, visit ottawa.ca.