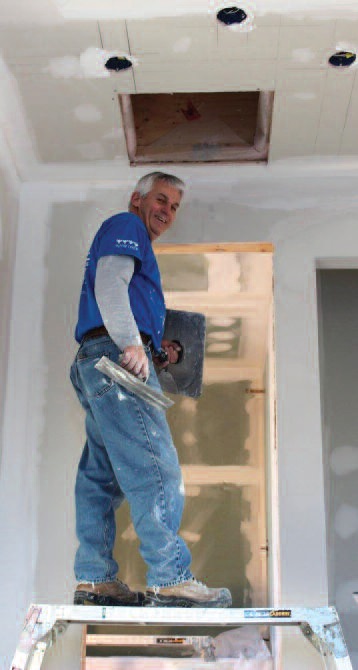 Habit for Humanity Greater Ottawa (GO) says it has purchased its “largest property to date” and is preparing to start work on the first phase of what will be a 16-home townhouse project in Orleans, with groundbreaking for the first four homes in April or May.

Some residents in the area had expressed concerns about the project, but when they attended a Jan. 25 information meeting they learned that it has the proper zoning in place. However, they wanted Habitat to consider building fewer but larger homes on the property.

However, project manager Murray Chown, representing Habitat GO, said in a published report that lower density housing wouldn’t meet the organization’s mandate to provide simple and affordable houses. Habitat GO CEO Alexis Ashworth said Habitat families usually have a total family income of $43,000 to $65,000 a year – and that explains why there is a need for only one parking spot per unit – Habitat owners don’t usually have extra vehicles.

Meanwhile, Habitat GO says good progress has been made on another Orleans site, on Cousineau St., where four homes are nearing completion. “Three of the four homes are at the painting stage and drywall is going up in the fourth home,” the Habitat GO newsletter reported. “The dedication ceremony will take place later this spring once the driving and parking pads are completed.”