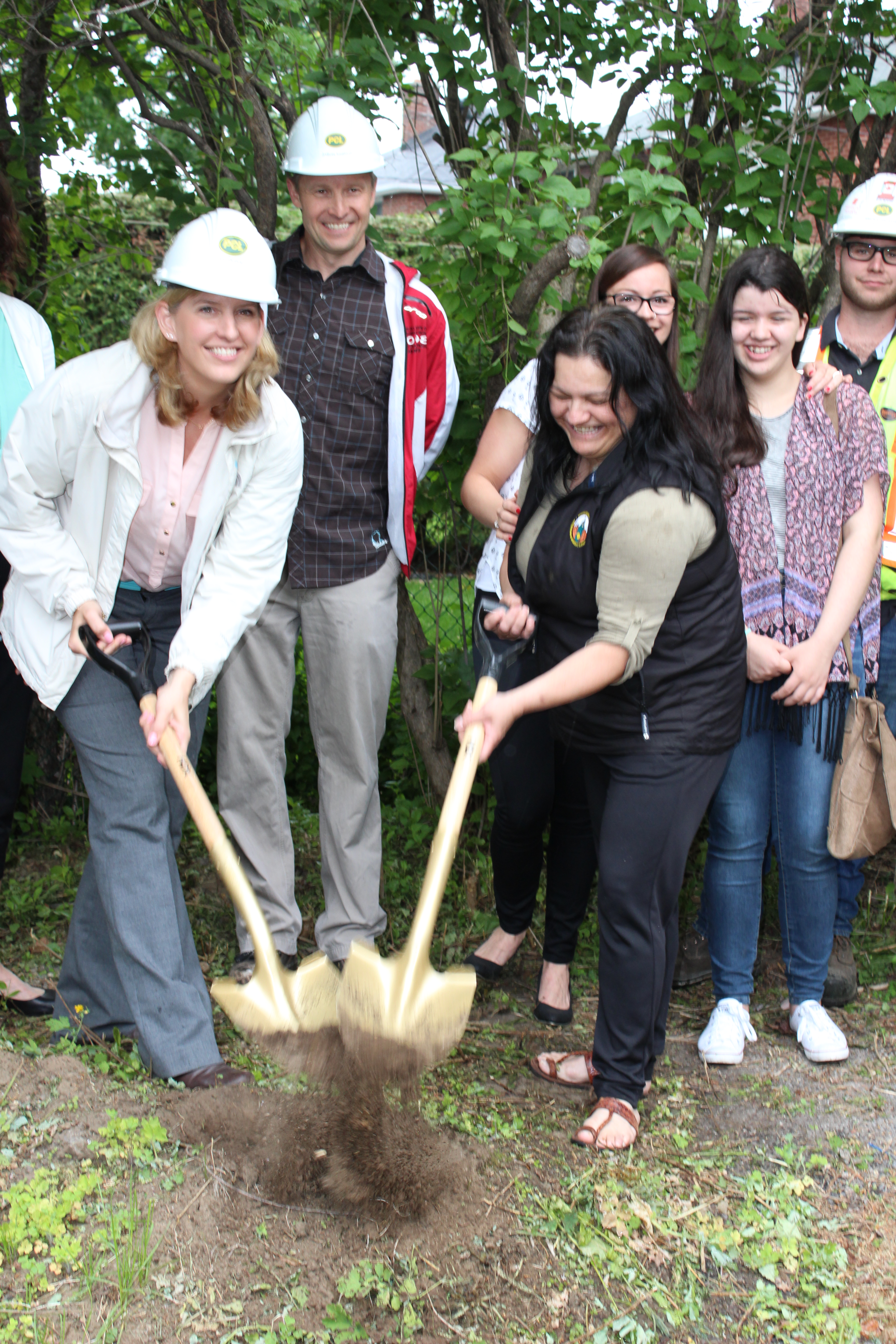 Habitat for Humanity National Capital Region (NCR) broke ground on its second urban Aboriginal Build on May 25, thanks to a unique partnership with PCL Constructors Canada Inc.

In partnership with their suppliers and trade contractors, PCL Constructors Ottawa district will be the home sponsor and general contractor on this single-family home build.

“As our PCL Ottawa district enters its twenty-fifth year in the nation’s capital, we are very excited to be partnering with many of our suppliers, trade contractors and Habitat for Humanity on this community project,” said Kevin Skinner, PCL Ottawa’s vice-president and district manager. “We recognize that building this home will bring greater well-being to a family in Ottawa.”

PCL’s project managers will be Lynn Guthrie and Blake Goss, both with the company’s special projects division.

“This project provides great opportunities that have been received with enthusiasm throughout the industry,” said Blake. “I am excited to be a part of the team that helps build a solid foundation for this family.”

“I am proud to be part of the PCL team for the Eve Street build project with Habitat for Humanity,” Lynn said.“To share the vision of a home with a family in our community is an honour and an opportunity not to be missed.”

The home will be purchased by Barb Wolfe, who is from the Cockburn Island Band and a single mom of two daughters. She is employed as a counsellor in an aboriginal women’s shelter for women and children fleeing violence.

The home is Habitat NCR’s second Aboriginal Build since 2013 and it represents the ongoing effort to create opportunities for Aboriginal families through home ownership as part of Habitat for Humanity Canada’s commitment to help with Aboriginal housing, a Habitat NCR news release says.

“PCL has demonstrated tremendous community leadership through this partnership with Habitat for Humanity NCR,” says Alexis Ashworth, Habitat NCR’s CEO. “We are incredibly grateful for their financial support and employee volunteerism, which will change the life of an urban Aboriginal family forever.”

The Wolfe family is being offered “a hand up, not a hand out” as part of Habitat’s homeownership program. They will purchase the home and repay a no-interest, long-term mortgage that is geared to their income. The family will also volunteer 500 hours in their community as part of Habitat NCR’s Sweat Equity requirement in lieu of a down payment.

Wolfe says she is incredibly grateful to Habitat NCR and everyone at PCL who are helping to make her dream of homeownership come true.

“It will give me a kitchen where I can cook, a backyard for my daughter to grow and the ability to care for my aging mother if she so chooses,” she says. “Owning my own home will mean peace, security, freedom and stability.”

The groundbreaking ceremony featured an Aboriginal smudging, a traditional song, a performance by Ottawa River Drummers and representation from the Ottawa Aboriginal community.