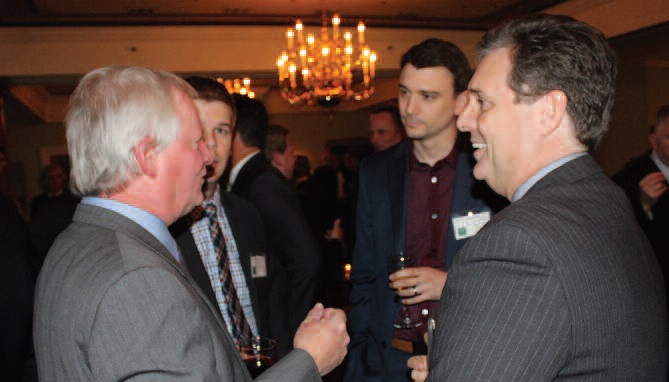 Ottawa Construction Association president Jon DeVries accepted the award on behalf of Brown, who was unable to attend the event.

DeVries and GCAO president Gary Codogno outlined Brown’s community contributions, notably his personal $100,000 cheque in support of the Algonquin College Centre for Construction Excellence. He led the fundraising for the project, even though competitor Ellis-Don won the construction contract for the building.

Brown, who has previously served as chair of the OCA, also received the “person of the year” award from the Canadian Construction Association in 2012.