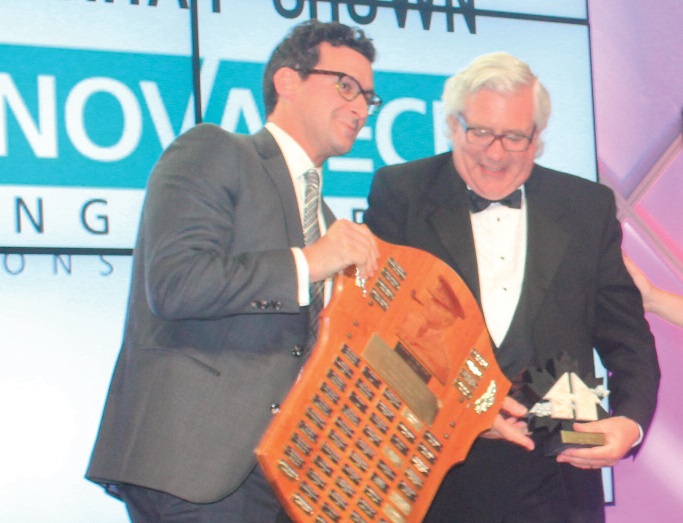 Minto Communities demonstrated its evolution in design quality by collecting more trophies — six — than any other organization, a significant accomplishment given the number of times the large builder has entered the competition in the past, only to come up relatively short among trophy winners.

On the other end of the experience scale, newcomer Neoteric Developments collected four awards — three of them for the home of company owner Shneur Bielak — including the Ottawa Citizen’s People’s Choice Award.

Almost 5,000 votes established a shortlist of 14 projects through preliminary voting rounds, with more than 1,650 voting in the final round either online or at September’s Ottawa Fall Home Show, The Citizen reported.

eQ homes won as production builder of the year as well as for its Greystone Village community in Old Ottawa East.

“I’m always excited to win, but tonight I’m more excited to win because the awards were really shared among our members,” said RND’s Nandram, who is expected to be the next GOHBA president. “It’s important that a lot of people have won.”

In the renovation category, Lagois Design-Build-Renovate won the Renovator of the Year award.

Friedmann Weinhardt of Design First Interiors was recognized posthumously with the Enbridge Hall of Fame Award. He died in August after falling from a ladder.

“Ottawa has lost a home-grown celebrity,” said his partner Welwyn Wong. “Friedemann set a high bar. It is my hope the legacy he leaves behind will continue to push the boundary and inspire.”

The GOHBA recognized Murray Chown of Novatech Engineering with the Colonel Boss Award, presented annually to an individual for outstanding dedication and service to the association.

Meanwhile, Enercare and The Regional Group shared the Fred Neilson Award, presented annually to companies which have made outstanding and lasting contributions to the association and the housing industry.