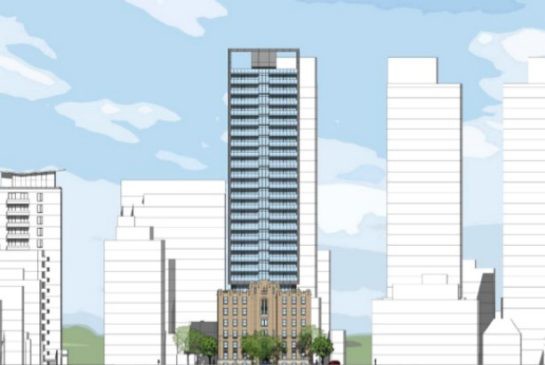 Ottawa’s city council, at least for now, has defeated plans for a 27-storey development hotel/commercial/residential development at 180 Metcalfe St.

“I’m just asking you to look at the CPD, consider this and vote against it,” McKenney said to her council colleagues.

“We were shocked. This is unfair. This is in bad faith.”

Council will revisit the issue at its next meeting on Sept. 9 and McKenney said she hopes, with the vote behind her, she’ll be able to get concessions from Toth. She indicated she would like to meet with the developer to propose something more in line with the CPD.

“I would be open to discussing a reduced amount of hotel use for them to give up the right to 12 storeys commercial,” she has been quoted as saying in a published report. “If they were going to limit it to the existing building, that would be much less disruptive. It would mean that a much higher percentage of building would be residential.”

She said area residents have already made concessions, including the building’s  height, and losing out on the possibility of greenspace.

“We all understand they’re not written in stone, nothing is that clear, but at the same time, it’s the first real test of this CDP and to agree to that mass of hotel use is wrong. It’s a violation of the CDP,” she said.