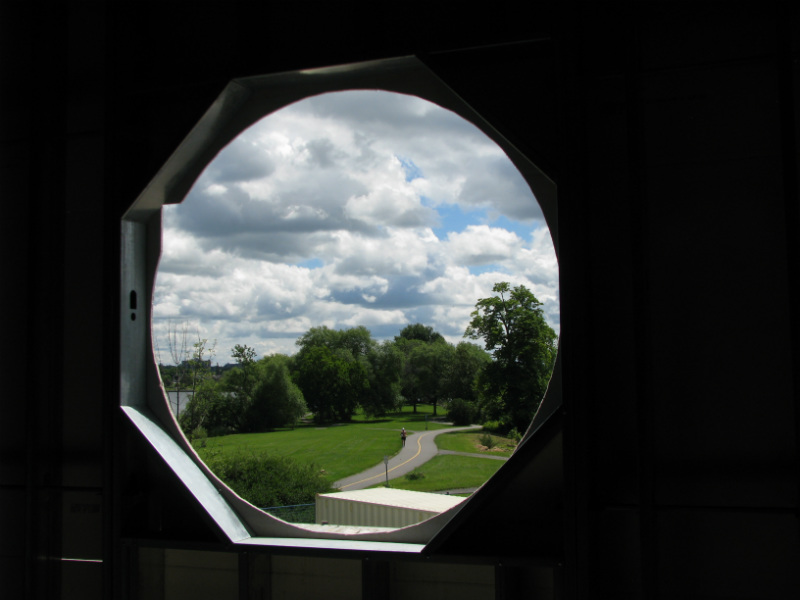 A new home for HMCS (Her Majesty’s Canadian Ship) Carleton, Ottawa’s naval reserve base, is rising at Dow’s Lake.

The unique, $18.5 million 6,000 sq. m. structure designed by GRC Architects is being constructed by Ruiter Construction Ltd. of Kanata. The project is being managed by Defence Construction Canada (DCC) on behalf of the Department of National Defence (DND).

Originally opened in 1943, the 1.95 hectare site once had six buildings, including administrative offices, classrooms, messes, a drill hall and storage, surrounded by parkland and NCC (National Capital Commission) bike paths. The drill hall had been demolished earlier and other components have or will be demolished in sequence as part of the new construction. Artifacts and historical records currently on the site will all be relocated to the new building once it is completed.

DCC site manager Janette Brodeur says the concrete, block and steel building is expected to be completed by May 2015 and final exterior work (including final demolition) by July 2015.      “At this point the steel is almost done, the envelope about 60 per cent complete and masonry about 50 per cent complete,” she said. “The electrical and mechanical rough ins have begun and framing work has started on the second floor.” 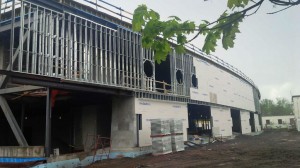 The project has been designed to achieve LEED Silver certification through conventional energy efficiencies. It will stand out along the lakefront for its unique, two–storey design. Resembling a ship with its swooping profile and porthole windows, some of which will look out over the lake, the design connects the building’s occupants to its appearance.

GRC Architects principal Martin Tite says this connection provided inspiration, as did the location and the desire to tie into the site’s marine environment.

The design team had some challenges, he said. “The position had to allow for one of the buildings to remain and be occupied during construction. We also had to position the building to allow for pedestrian traffic because Dow’s Lake is such a busy location.”

Taking this as an opportunity not only to allow for but to improve pedestrian traffic, the design and construction team worked closely with the NCC, who had an interest both in the design, and in maintaining an existing bike path that winds past the site. 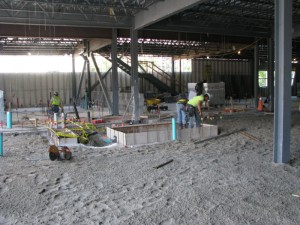 “The bike path had to be relocated, signed and fenced so it could continue to be used,” says Brodeur.

She says other site-related challenges included a small amount of hydro-carbon soil contamination that had to be removed to a specific landfill and environmental controls required because of the lake’s proximity. “There was specific fencing required for sedimentation control and we had to have a water truck on site during demolition to control the dust out of consideration for the lake and the adjacent businesses.” 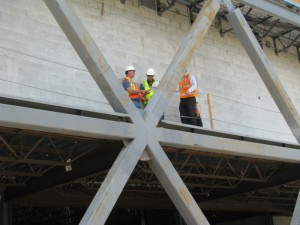 DCC Construction services co-ordinator Graham Yantha says another similar project, the HMCS Hunter is being constructed in Windsor. He says the Windsor project is slightly ahead in its construction cycle so has provided a valuable tool for the team. “I’ve been to Windsor to see the project take shape and as discoveries and changes are implemented there, they are passed down to us so we’re able to react earlier in the process.” 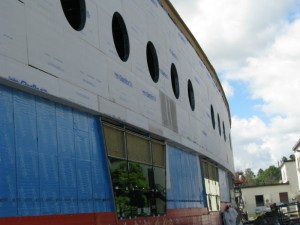 As co-ordinator, Yantha handles quality assurance on behalf of the owner, the site’s day-to-day business, changes, and is the go-between for the client and construction and design teams.

“Communication has been key from the start,” he said. “An early partnering session detailed roles and responsibilities and lines of communication. This is a fairly tight site and with 30 to 50 workers active daily, people have to be talking to each other to get things done and make room for each other.” 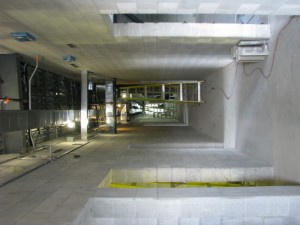 Yantha says deliveries from Prince of Wales Dr. have a tight entrance to navigate, must be co-ordinated and then turned around on site. He says an adjacent curling club agreed to allow summer parking, easing some of the worker parking burden.

Tite says the building will have a very public exterior, likely garnering a great deal of interest and curiosity from passersby, but the interior belongs to the military and will be secure. Interior spaces will include training facilities, offices, a gymnasium, a drill hall, an officer’s mess and boat houses. 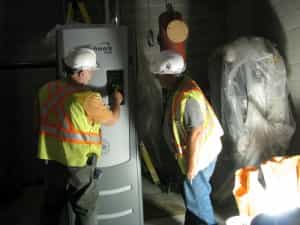 Prime Mechanical Inc. is the project’s plumbing contractor. President Peter Gault says work is going well and his staff is about half way towards completing their work. As a LEED project, some alterations had to made to materials such as caulking but Gault says Prime has completed several other LEED projects, so is well versed in what must be done differently.

Following Navy tradition, land-based establishments such as this are known as stone frigates. Other Navy terminology will be used within the building as well with floor levels referred to as decks and the kitchen referenced as a galley. This fall an official change of command parade will take place, as well as the Navy coin laying ceremony. 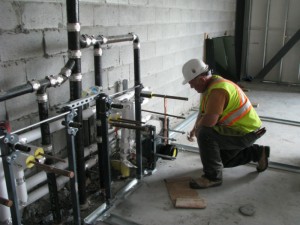 “Following historical navy tradition the youngest member of the crew, in this case through the construction crew, will be asked to position the coin,” Brodeur said.

Another challenge has been the complicated phasing required to retain power and services to the site with demolition, construction work and an existing operating building sharing the same location.

Tite says GRC has done many projects for DND from minor roof replacements to complex new constructions. He says the team assembled to construct HMCS Carleton has been wonderful, from the Canadian Forces Fire Marshall to the NCC representatives, to the DCC project team, Kamal Mostafa, the DND project manager, and the trades on site. 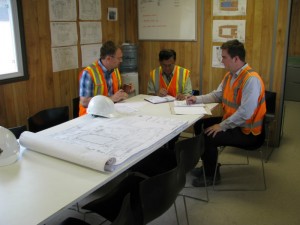 Gault says he has worked with DND, DCC and Ruiter before, as well as with most of the trades on site. “The team they have assembled here is good. Everyone knows the expectation, knows what they are doing, and has proven skill in their specific role.” 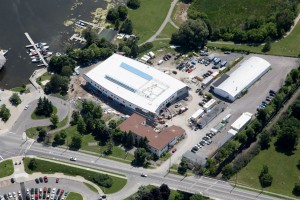 Yantha says everyone at the HMCS Carleton has been wonderful, sharing information and dealing with the noise and activity of a busy construction site. “This project has been a long time coming together and we still have almost a year of working together ahead of us. Projects like this allow for people to come together, for relationships to develop and for a stronger working environment for everyone.”

MSL Show attracts more than 1,200 visitors as it celebrates its...