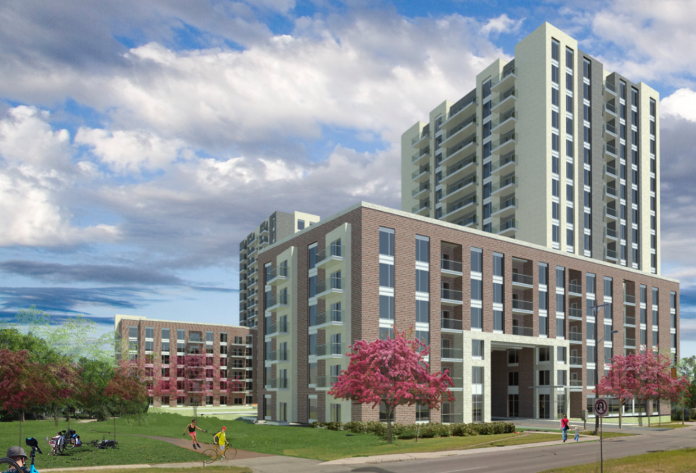 After a dip in May and June, Ottawa’s building permit activity surged in July – with $533.6 million in permits issued, compared to $233.9 million the same month in 2017.

The increase has again put the city’s overall construction economy into boom mode, with overall permits reaching $1901.8 million for the first seven months of the year, compared to $1,539.2 last year – representing a 23.6 per cent year-to-date increase.

The original  development application in 2016 called for a 343-unit residential complex on what had been vacant land, with green roofs on the first, fourth and sixth levels. A former  railway right of way will be developed as recreational open space with an extension of the north-south multi-use pathway as currently planned by the City of Ottawa.

This eight-storey mixed use building is associated with a new condo and townhouse development, St. Charles Market, by ModBox Development.

The permit calls for construction of an addition at the side of a six-storey seniors’ apartment building (The Kings Daughters & Sons Apartments).

PCL and Ellis Don (in a joint venture) are working on interior alterations to a single-storey Museums Canada warehouse to create a heritage collections management facility). 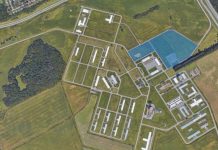