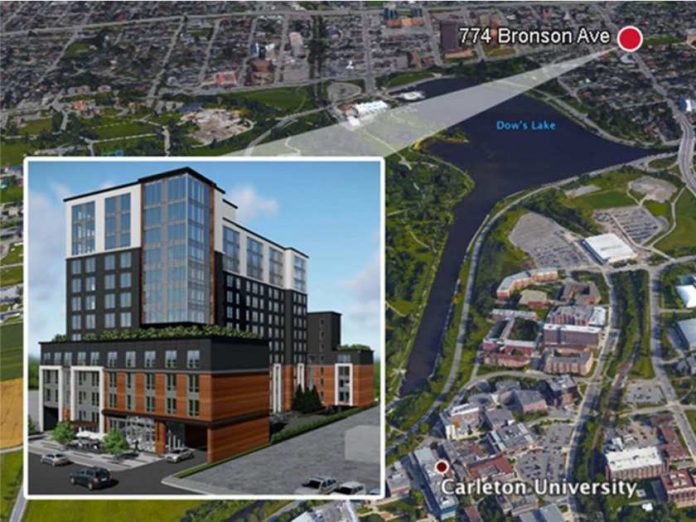 A developer is proposing to construct a 12-storey student housing development on Bronson Ave. near Carleton University.

The 3,549 sq. m. lot has frontage on both Bronson and Cambridge St.

There will be setbacks in the design and 38 parking spaces, including 21 visitor spots. This is less parking than usual for an apartment building, but Textbook has provided studies showing students generally less often have cars, and the building will be near transit routes.

Textbook Suites is based in Concord, ON, and the developer has two co-presidents, Walter Thompson and John Davies. They co-founded Textbook’s predecessor company, GenerX Urban Development Corporation in 1995.

Meanwhile, a site immediately to the north at 770 Bronson. Ave., a vacant former automobile repair garage is also proposed to be redeveloped. The city’s planning committee was to consider both projects on Jan. 24.

Further down Bronson, the current Ottawa Construction Association (OCA) headquarters at 196 Bronson has been sold to Toronto based Lamb Development Corp. for a condo development. The OCA expects to announce its move to a new location at its annual general meeting in February; there is no indication yet when Lamb will begin construction of the condo project there. 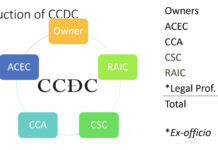