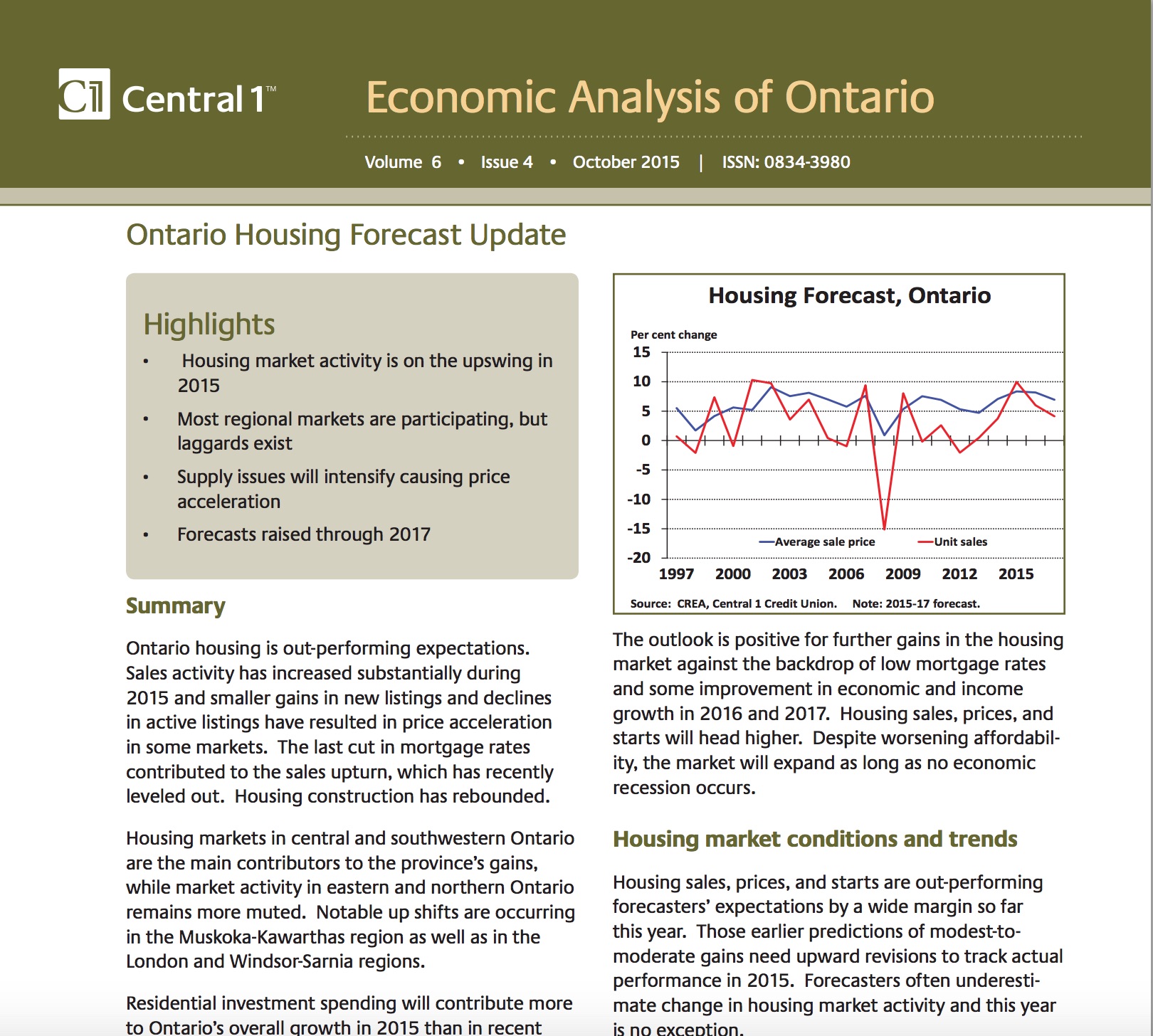 Ontario home prices, sales and starts will keep rising for the next two years, says a new forecast by Central 1 Credit Union.  However, Ottawa’s growth rate, along with Sudbury and Thunder Bay, may be slower than some other areas of the province.

The surprising strength of the Ontario market this year has led Central 1’s chief economist Helmut Pastrick to boost his forecast for this year and 2016 and 2017.

“Sales have been strong this year but fewer new listings are coming on the market, so prices are rising in most regions,” Pastrick said. “Continued low mortgage rates have helped spur sales.”

The outlook is positive for further gains in the housing market against the backdrop of low mortgage rates and some improvement in economic and income growth in 2016 and 2017, Pastrick said.

“Home sales, prices, and starts will head higher,” he said. “Despite worsening affordability, the market will expand as long as no economic recession occurs.”