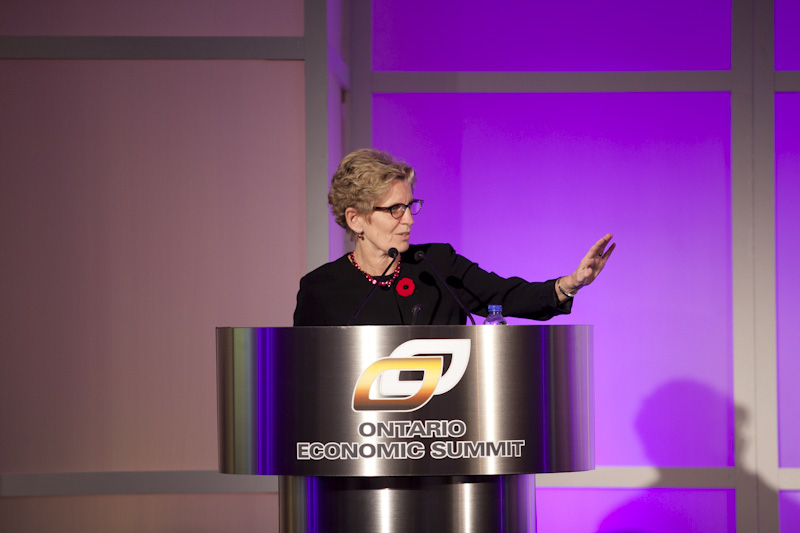 The June 12 provincial election provided two stark alternatives: Radical changes the government’s relationship to the industry or more, more of the same.

With the Liberal’s majority win, the concerted lobby to abolish the Ontario College of Trades by several industry associations and supported by the provincial Conservative party has been defeated, presumably providing relief to organized labour, especially the Carpenters Union, which has backed the OCOT’s launch.

As well, Conservative Leader Tim Hudak’s call for a straightforward one-to-one apprenticeship ratio will disappear, at least for the forseeable future, as the OCOT retains the power to set these ratios.

During the campaign, under pressure from associations and the Labourers’ Union, Liberal premier Kathleen Wynne promised a review of the Ontario College of Trades (OCOT). How urgent that review will be is now unclear, though – as the Liberals do not need NDP support to stay in office, the government may moderate to a more centrist policy give less weight to the NDP’s traditionally pro-Labour stance.

Simcoe North MPP Garth Dunlop, who has been one of the strongest OCOT opponents, will presumably continue his fight against the institution, though obviously as an opposition MPP in a majority government environment, he will have little power to influence change.

During the campaign, Conservative leader Tim Hudak says the OCOT is tax on those who use their hands, and said he would not replace it with another kind of regulatory body if he’s elected. He has also called for the one-to-one ratio apprenticeship ratio; an initiative that he asserts could “create 200,000 new jobs” with a stroke of the pen.

(The OCOT reviewed ratios for construction trades last year, generally varying them slightly, but in many cases retaining the Ontario’s traditional three-employers-to-one apprentice ratio. However, one-to-one ratios are common in several other provinces.)

In campaign speeches, Hudak called the OCOT an expensive new bureaucracy made up of “job-blocking bureaucrats with political motivation,” saying the regulatory organization would be go as part of the massive cuts he plans to make to the public sector.

Meanwhile, Wynne in Sudbury confirmed an earlier report in an Ontario General Contractors Association (OGCA) newsletter that she has decided to review the OCOT and asked it to put a hold on new compulsory certification applications until the review is completed.

“Figuring out whether the scope of its authority is the right scope and, in the interim, putting a moratorium on any more compulsory trades being identified while we do that review—that’s the responsible thing to do,” she said.

Wynne’s decision may be the result of divisions within organized labour about the impact of the OCOT’s compulsory certification processes.

There have been rumours that the LiUNA (The Labourers International Union of North America), which had expressed concern about the OCOT because of the potential impact of compulsory certification on its members, had changed its position to a more neutral stand, from an earlier stance where it had had joined with employers in seeking the OCOT’s abolishment.

Nelson Melo, a representative of LiUNA local 183 in Toronto, said “we opposed the changes they want to make in the College of Trades regarding compulsory trades.”

“It’s going through our lawyers,” he said, referring the matter to in-house counsel John Evans, who did not return a call from Ottawa Construction News.

A few days earlier, Hudak staged a media event at a hair salon, where he introduced a hairdresser who risks losing job because she cannot (because of a learning disability) successfully complete an OCOT certification test.

(The organization regulates trades including auto mechanics, food services, and other industries as well as construction. However, the main controversy with the OCOT has been within the construction industry, especially as the carpenters union has pressed forward with a proposal for compulsory certification of general carpentry.)

CBC News reported that Hudak did not say who would ensure that tradespeople, such as carpenters, bricklayers or hazardous materials workers, would be qualified to do their work in the college’s absence.

The OCOT’s CEO is Hudak’s former Conservative cabinet colleague, David Tsubouchi, and its board chairman, Ron Johnson, is a former Tory politician who has called the PC leader’s view of the college offensive, the CBC said.

“The suggestion that apprenticeship ratios stand between Ontarians and 200,000 additional jobs is a myth,” a representative of the plumber’s union (UA) wrote in northumberlandview.ca. “There are 156 apprentice-able trades in this province. Only 33 of those 156 trades have apprentice to journeyperson ratios. Today, 27 of those 33 already have initial apprenticeship ratios of 1:1. The ratios are a means to ensure that apprentices are protected and educated in a meaningful way by trained and qualified journeypersons.

“Ontario industry also pays journeypersons to work and provide service to meet their needs. If each journeyperson has to train one apprentice, both the quality and quantity of their work is going to suffer,” the plumbers’ union representative wrote. “Sharing training allows the apprentice to be trained properly and still allow the work to be completed on time, to the highest standards and for a price business can afford.”

Two OCNs: Three decades, 18 months and a bright future ahead

Payments in the Ontario construction industry are about to change